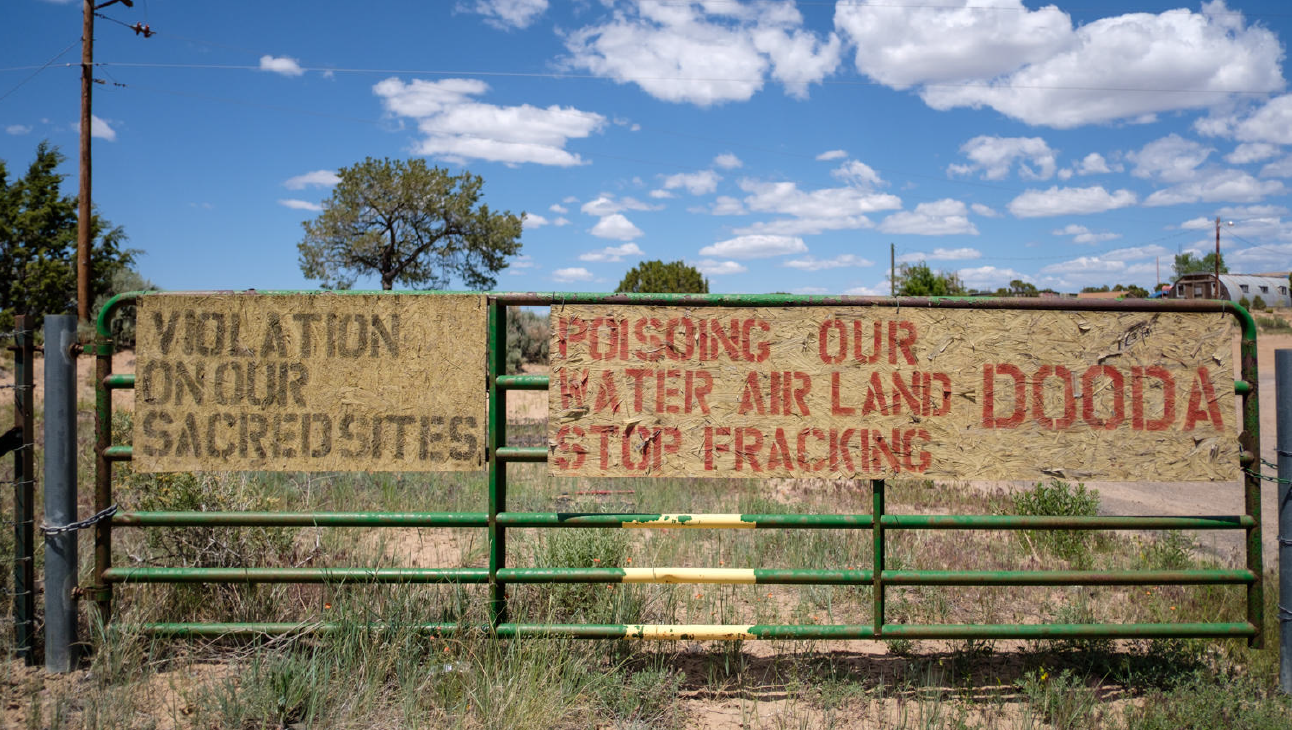 Last spring, Secretary Zinke instructed the Bureau of Land Management (BLM) to defer a lease sale in the Greater Chaco region due to a need for “more study.” This December, they plan to auction those same parcels of land to oil and gas drilling. Yet, they’ve added parcels, haven’t done any further analysis, and aren’t holding public meetings.

This is completely unacceptable. We’ve requested, alongside 26 other organizations, that the BLM hold at least three public hearings in the Greater Chaco region.

In March of this year, in response to public pressure and calls from New Mexico Senators Udall and Heinrich, Interior Secretary Ryan Zinke directed the BLM to defer leasing in the Greater Chaco region pending more cultural consultation, noting that, “this area certainly deserves more study.” The same issues remain in relation to the December lease sale, and while groups are urging the BLM to similarly defer its leasing plans, they request, at minimum, a public forum on BLM’s proposed action.

Despite the fact that no additional cultural study has occurred, BLM has expanded the scope of its proposed sale, offering over 98,000 acres of public land, including over 45,000 acres within the Greater Chaco area, with four of the proposed lease parcels within 10 miles of Chaco Culture National Historical Park.

The sale is all-the-more controversial given a recent federal court ruling that held the BLM illegally ignored the potentially significant environmental impacts of leasing in the Greater Chaco region. The same issues remain in relation to the December lease sale.

The BLM has also failed to complete updates of its outdated Resource Management Plans for the region, which do not account for new horizontal drilling and multi-stage hydraulic fracking technology. The Navajo Nation and All Pueblo Council of Governors, National Congress of American Indians, 15 Navajo Chapter Houses, and the New Mexico House Legislature have all requested a moratorium on drilling until the BLM has adequately updated their planning process to include health, environmental, and cultural impacts of industrialized fracking in the region.

“This Administration continues to shroud its efforts to giveaway every last acre of our public lands for private profit. Despite receiving unprecedented opposition from Tribal Nations, New Mexicans, and Americans across the country who continue to challenge fracking across Greater Chaco, BLM seems hellbent on sacrificing this sacred landscape for oil and gas. We continue to demand meaningful engagement around still unfulfilled promises to safeguard the culture, community health, and environment of the Greater Chaco Landscape. At the very least, the agency should show respect for demonstrated concerns and allow the public a forum to engage this lease sale.”

“We will not tolerate the administration’s blatant disregard for the environment and ignoring the wishes of the people in favor of big business. This destructive policy of squeezing every last bit of oil from every square inch of American land will result in more climate chaos, wildfires, water contamination, disease and displacement of fragile populations. Greater Chaco and all public lands should never be sacrificed to shore up an industry which will soon be obsolete. We demand our legacy for our children be left intact. We call for an immediate and just transition to 100% renewables.”

“Oil and gas development in Greater Chaco threatens irreplaceable cultural resources and nearby families’ health and safety. In New Mexico and across the country, the public continues to speak out against expanded fracking in the region. The BLM is charged with managing public lands for present and future generations, and the public is concerned that more than 90% of lands are already leased for oil and gas drilling. It’s every American’s right to speak out and be heard. The BLM should at least hold hearings to hear the public’s concerns.”

“It is a failing of our precious democracy when an agency refuses to hold public hearings on the leasing of nearly 100,00 acres of land that belongs to all Americans. This is particularly true when much of this land is adjacent to a national treasure like Chaco Canyon, and where both local people and tribal governments are demanding input, consideration, and respect. The courts have ruled that BLM has ignored the impacts of oil and gas leasing in the region, and yet this flagrant disregard for the public continues. The consequences of leasing these lands must be examined, and the public must be heard.”

“Trump’s manic oil leasing needs to end now. It favors industry profits over people, water and land, and it ignores those who stand to lose the most. It’s time to replace this immoral paradigm with a just transition to clean, renewable energy.”