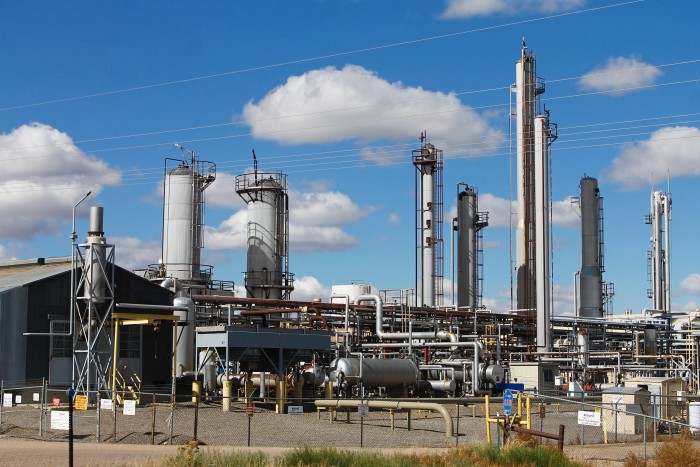 By Emily BowieJanuary 23, 2016No Comments

Great news. Today the BLM released its proposed methane waste rule. We’ve worked on the rule, and advised BLM on its contents, with our partners Western Environmental Law Center and Diné Citizens Against Ruining Our Environment.

The rule is 300 pages, so we have research to do to fully understand it, but we and our partners support strong rules on venting, flaring, and leaks. This is a considerable leap forward in our efforts to save resources, mitigate climate change, and improve public health.

The Bureau of Land Management today released for public comment a proposed rule to rein in out-of-control methane waste on federal lands by the oil and gas industry. BLM is required to minimize the waste of publicly owned resources like methane, and we applaud the agency for taking a proactive approach to addressing this national problem that disproportionately impacts New Mexico.

Methane waste threatens public health because dangerous pollutants are released alongside methane. It squanders energy that could be used by homes, schools, and businesses, and robs public treasuries of royalty revenue. This waste also harms other resource values and makes an outsize contribution to climate change—it is over 80 times more potent than carbon dioxide over a 20-year period.

Venting (deliberate emissions to the air), flaring (burning at the well site), and leaks waste $227 million worth of natural gas each year on federal lands, which could be used to heat 1 million homes and represent the climate pollution of 12 coal-fired power plants. In addition, methane waste results in more drilling, with negative landscape impacts including more wells, roads, traffic, pipelines, flares and habitat loss.

Low-cost solutions for our national methane waste problem are available, and can help achieve the Obama administration’s goal of reducing methane emissions by 40-45 percent from 2012 levels by 2025. These cuts can be achieved for just one penny per thousand cubic feet of gas, which is 0.05 percent of the current natural gas price of around $2.00 per thousand cubic feet.

The rule will complement other federal rules proposed in late 2015 by addressing waste from sources emitting methane today. Other proposed rules would target new and modified sources of methane.

We recommend the rule include bans on venting and sharp reductions in flaring, and mandate the use of management techniques like permit conditions to transform the process from a rubber-stamp operation for venting and flaring to active management.

“It’s great to see the federal government take steps to address existing sources of this dangerous climate pollutant,” said Erik Schlenker-Goodrich, executive director of the Western Environmental Law Center. “By reducing methane pollution from oil and gas development, this rule will help clean up our western skies, safeguard our climate, protect our communities, and plug the leakage, each year, of almost $130 million of wasted natural gas in Colorado and New Mexico.”

“The BLM rule is a step in the right direction in helping protect the health of the people surrounded by oil and gas development in the Eastern Agency of the Navajo Nation,” said Colleen Cooley of Diné Citizens Against Ruining Our Environment. “Our communities are suffering from the methane pollution and it’s time to put an end to the oil and gas industry’s reckless, out-of-control practices.”

“It’s timely that BLM finally acknowledges its responsibility to participate in analyzing and reducing air emissions from the hundreds of oil and gas projects they approve yearly in the San Juan Basin,” said Mike Eisenfeld, energy and climate programs manager for the San Juan Citizens Alliance. “Capturing the currently wasted methane from BLM-permitted oil and gas facilities will potentially reduce the 2,500-square-mile methane ‘hot spot’ in the Four Corners region.”

The proposed rule can be found here, along with the Regulatory Impact Analysis and Environmental Assessment.