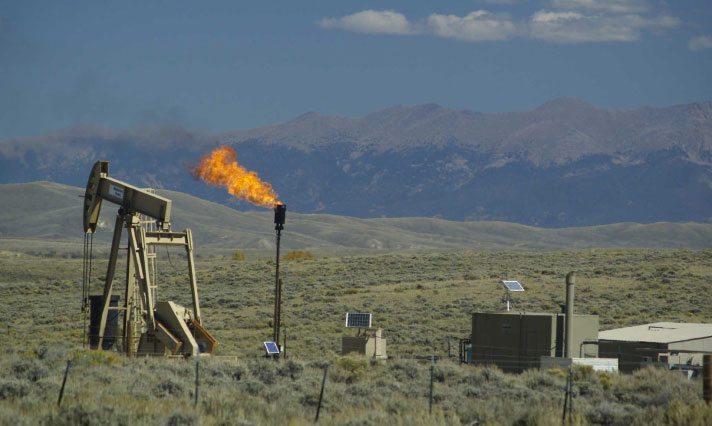 By Katie PellicoreJanuary 16, 2020No Comments

(Santa Fe, NM) Community leaders across New Mexico applauded the Oil Conservation Commission today for acting to protect the state’s air and water resources from oil and gas pollution by adopting new enforcement rules under legislation adopted in the 2019 session.

“We applaud the Oil Conservation Commission’s leadership for holding bad actors accountable and pushing the industry in New Mexico to meet global and national standards. New Mexicans deserve a state of the art industry with state of the art safeguards to match and the OCC’s action is a step in the right direction.”

“As a prevalent industry in our state, these guidelines are a strong step towards redefining New Mexico’s relationship with the oil and gas industry. It is critical that bad actors in the oil and gas industries are held accountable for the harmful impact on community and environmental health, and that our state regulators have the tools they need to protect our air, land and water.”

“Restoring New Mexico’s ability to protect its air and water resources, while safeguarding the health of the state’s children and families is a crucial step forward. The Oil Conservation Commission’s action today will benefit communities across the state and is indicative of the Lujan Grisham Administration’s efforts to turn policy priorities into meaningful action for the people of New Mexico.”

“Protecting human health and the environment is a critical part of the mission of the Oil Conservation Division, but until today it has lacked the means to effectively enforce the law. By its action today, the Commission has enabled the state to pursue bad actors, assess fines and penalties and better protect New Mexico communities.”

“For our state that relies so heavily on the oil and gas economy, it is critical that the state have the authority to hold the industry accountable in a meaningful way. These new rules will help protect our national parks and public lands that benefit everyone and will protect the health and wellbeing of rural communities, as well as industry workers, throughout New Mexico.”

“We all have an ethical and moral responsibility to care for our land, water, air and communities, which are sacred gifts. Leadership in New Mexico holds a particular public responsibility to address pollution from oil and gas industries. Legislation, regulations and action are vital in caring for Our Common Home and those who are most vulnerable and whose voices and concerns are often not heard. People of faith are grateful for reforms that cherish life.”

“Enforcement of oversight of oil and gas facilities in northwestern New Mexico is a critical step forward to protect communities that live with extensive oil and gas development.”

“During New Mexico’s oil and gas boom, industry spills and violations have sky-rocketed, while enforcement has all but disappeared. We applaud the Oil Conservation Commission for acting to restore the state’s enforcement powers and protect all New Mexicans from oil and gas pollution.”

“Perhaps the most important near-term step New Mexico can take to address climate change is to stop methane releases from the oil and gas industry, our biggest contributor to global warming. State leaders have now set the rules for regulators’ restored powers to set financial penalties on corporations who chose to violate the law governing development of New Mexico’s globally-significant oil and gas resources. As the state adopts new methane rules in the coming months to stop methane pollution and waste, most companies won’t need the threat of fines to operate responsibly, but for those that do, a hit to their bottom line will be an effective way, along with suspending permits and curtailing production, for the state to let them know that the Administration is serious about climate pollution and that compliance with the law isn’t optional.”