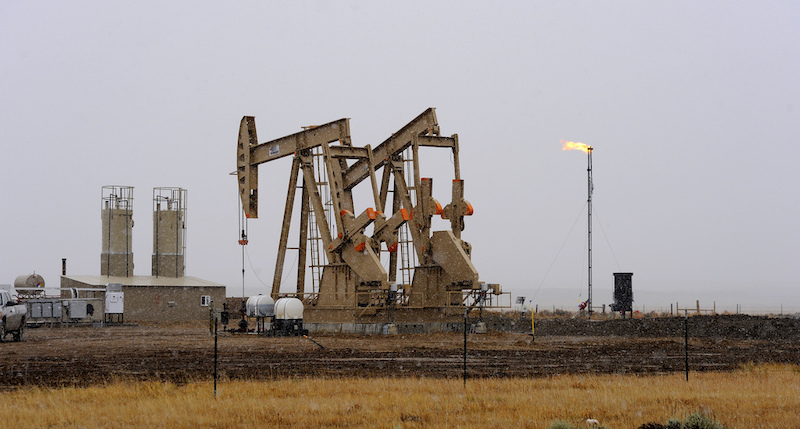 Elections matter. That fact is being clearly made in New Mexico, where the public voted in a new administration with vastly different values when it comes to our public lands, among other things. We are thrilled that the new administration is offering an opportunity for reconsidering the approval  of double drilling that occurred late last year without public input.

We’re making our case again today before a new audience and will keep you posted on the results. As everyone should know by now,  we’re not going anywhere. We’ll be watchdogging public land and energy issues throughout northwestern New Mexico with just as much scrutiny as we always have.

Public watchdog groups are extending their appreciation to Gov. Lujan Grisham’s administration for scheduling of a New Mexico’s Oil Conservation Commission special meeting tomorrow to consider whether it will reopen the public process for a highly controversial, eleventh-hour Martinez-era rule change doubling the oil and gas drilling density allowed in the Blanco-Mesaverde Gas Pool in Rio Arriba and San Juan Counties.

“We’re deeply grateful the Oil Conservation Commission, under new leadership, is taking a fresh look at this issue which is critical for northwestern New Mexico,” said Mike Eisenfeld, Energy and Climate Program Manager with the San Juan Citizens Alliance. “Granting a rehearing will provide the public and landowners with a meaningful voice to protect the health and environment of our communities, specifically when the potential impacts of thousands of new wells are at stake.”

Over 90 percent of the San Juan Basin’s federal public lands are already leased for oil and gas development and struggling under the weight of 40,000 existing oil and gas wells. These wells are the chief contributor to the largest cloud of methane pollution in the U.S., covering 2,500 square miles. This methane cloud harms our climate and reflects the loss of vast energy resources and public royalties that support key public services, including New Mexico’s public schools. Doubling new drilling activity across a 1.3 million-acre region risks public health, New Mexico’s treasured landscapes, as well as increased methane waste the climate and our schools can’t afford.

Last year, Texas-based Hilcorp Energy, which already operates over 5,000 oil and gas wells, sought to double the number of new and re-completed wells allowed in the Basin’s 1.3 million-acre Blanco-Mesaverde Gas Pool from four wells to eight on every 320 acres. The Oil Conservation Commission, at Hilcorp’s request, twice denied San Juan Citizens Alliance’s request to participate in that process as a formal party seeking to protect the public interest and raise public health and environmental concerns.

“Rehearing Hilcorp’s application to double drill an already over-industrialized landscape suffering from a bevy of oil and gas-related public health and community challenges is the right thing to do,” said Erik Schlenker-Goodrich, executive director of the Western Environmental Law Center. “The oil and gas industry aggressively sought to silence the public’s right to raise public health and environmental concerns. Tomorrow, the OCC should grant a rehearing to give the public an opportunity to raise its reasonable concerns regarding the number of oil and gas wells in the 1.3 million-acre Blanco-Mesaverde Gas Pool. What does Hilcorp have to hide?”

Rehearing this issue with real transparency and true public representation is the responsible path forward. It is an early opportunity for the new administration and all New Mexicans to look carefully at the full range of benefits and impacts from oil and gas development and set policies—here, well spacing and density rules—that reflect the whole public interest. It is also an opportunity for the OCC, under new leadership, to heal the damage done by previous leadership and re-establish trust and credibility with the people of New Mexico.