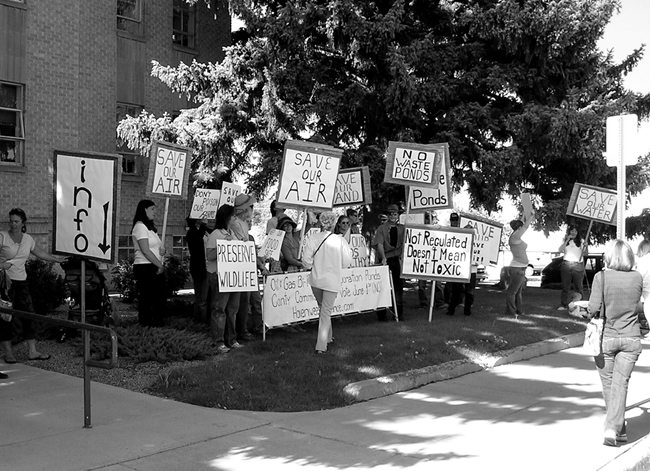 Rabble-rousing can inspire us to make change

Sordid intra-party politics playing out in broad daylight, now that’s a writer’s ticket. And yet, I’ll pass. At the risk of disappointing, let’s explore one of the least salacious and most interesting observations of Mr. Brooks’ piece:

“By traditional definitions, conservatism stands for intellectual humility, a belief in steady, incremental change, a preference for reform rather than revolution, a respect for hierarchy, precedence, balance and order, and a tone of voice that is prudent, measured and responsible.”

In our communities, we find legions of prudent, measured and responsible people. These serious people, people who possess the right sense of proportion and maintain the appropriate level of equanimity needed for judicious decision making, are the pillars on which our community rests.

Funny, then, that these leaders are also the ones most likely to undo us.

Reasonableness, order and incremental change have their time and place. So, too, do spasms of deep emotion, fits of revolution and unabashed demonstrations of unreasonableness.

Was it reform or revolution that overthrew the French monarchy? Established the United States of America? Won the eight-hour workday? Abolished slavery? Gave women the right to vote? And so on.

The reasonable people wistfully described by Mr. Brooks are rarely responsible for transformative societal moments. They’re too busy keeping order to recognize they’re living through one.

Mr. Brooks’ problem is not that he identifies as a small “c” conservative, but that his identification as such blinds him to both the important historic role of the rabble-rousers among us and the possibility that some of today’s problems might require societal convulsion, not incremental change, to surmount.

So here’s a question for you dear reader: What type of change is needed to break our region’s dysfunctional reliance on the fossil fuel industry for jobs, taxes and royalty revenue? That we need to split from this dysfunctional relationship, and soon, should be obvious.

The coal, oil and gas industries are a blight on our landscape. They wreck regional air quality and pollute our watersheds. These insults lead to degraded health outcomes and inflated health-care costs. The legacy of today’s pollution will invariably burden the next generation (Gold King spill anyone?) and, did I mention, that they are major contributors to climate change, an issue so existentially threatening that half of our elected officials have simply chosen to pretend it doesn’t exist.

Financially, these industries are boom/bust-cycle generators, proffering little more than a volatile revenue stream and all of the social ills that accompany it.

Reasonable people in this community defend fossil fuel industry expansion as good. The logic goes something like this: the industry exists, it creates jobs and tax revenue, therefore it has a place.

For an example, look no further than the ongoing fight over permitting and expansions at the Groupo Cementos de Chihuahua Energy coal mine in Hesperus. Seemingly without a moment of pause, economic development leaders will tout the jobs and revenue such an operation blesses our region with, demonstrating callous indifference to the well-documented environmental and social injustices that fit hand-in-glove with industry operations.

Unfortunately, such is the repeated historic role of the reasonable man among us: stability and wealth at any cost, especially when most of those costs can fall on someone else’s shoulders.

Perhaps it is time for plain old citizens – not leaders – to start an honest, realistic and transparent discussion about how our communities can ditch fossil fuel industries for a better dance partner. Sound unreasonable? I hope so. The best moments in life usually are.