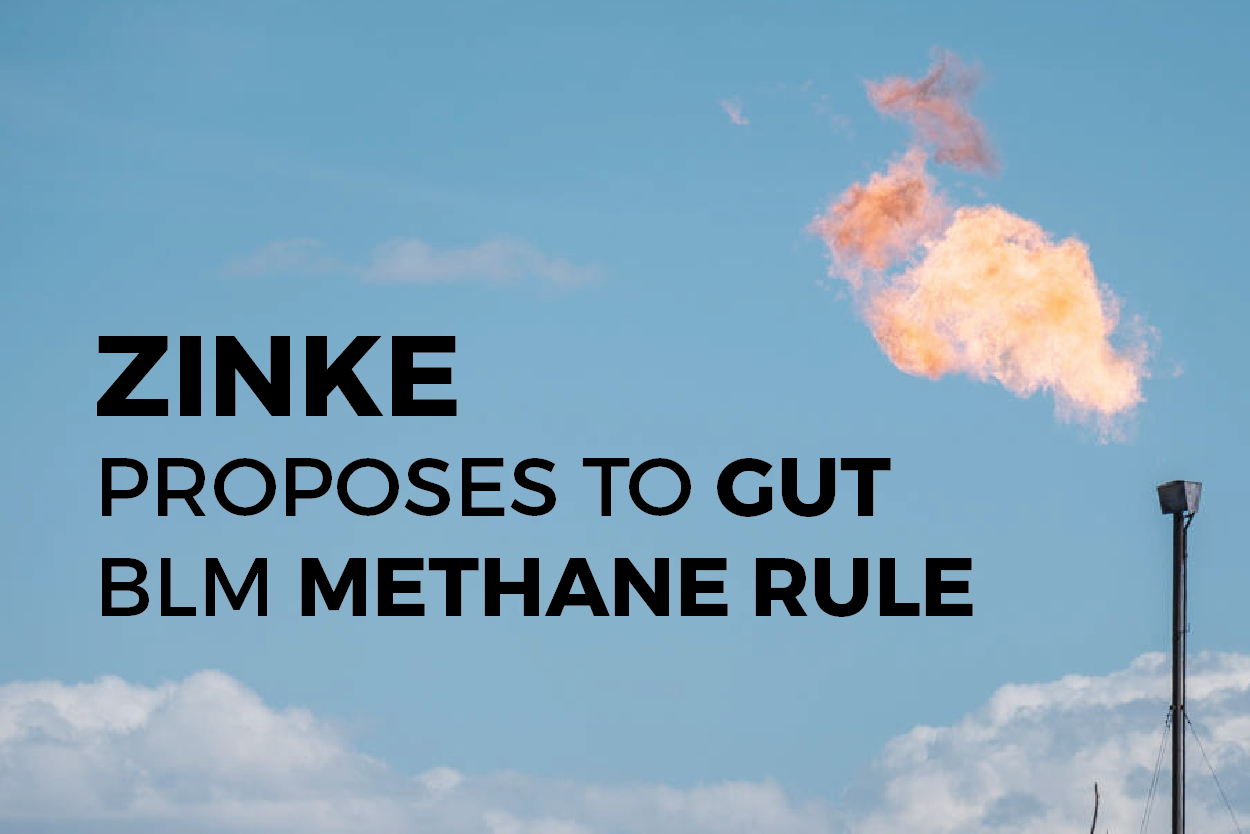 After hundreds of you spoke up in support of the Bureau of Land Management’s (BLM) methane rule, Secretary Zinke is gutting it. In a move that proves the Administration will bend to corporate interests over public interests, Zinke just put our community at risk.

DURANGO, CO – Yesterday, Secretary of the Interior Ryan Zinke proposed gutting the Bureau of Land Management’s (BLM) Methane and Waste Prevention rule. The rule was put in place in 2016 to protect regions like the Four Corners from the wasteful venting and flaring of methane from oil and gas operations on public lands causing the Four Corners Methane Hotspot.

Secretary Zinke’s proposal would severely weaken efforts to curb natural gas waste on public lands, leading to the loss of hundreds of millions of dollars of taxpayer-owned energy every year. The proposed revision will result in the increased release of climate emissions and volatile organic compounds (VOCs), which threaten respiratory health and increase risks of cancer.

Last year, hundreds of thousands of stakeholders expressed their overwhelming support for pollution standards to reduce methane waste and keep our air clean. Even the Republican-controlled U.S. Senate voted to save the rule.

Secretary Zinke and the Trump administration are once again bowing to the wishes of their corporate friends rather than protecting public health and taxpayer interests.

“In a disappointing, but not surprising move Secretary Zinke has decided to gut the BLM Methane Rule despite an outpouring of support over years from both sides of the aisle and all across the nation,” said Emily Bowie of the San Juan Citizens Alliance, “This is an egregious attack on the public’s declared interest that puts families and the environment in the Four Corners directly at risk.”