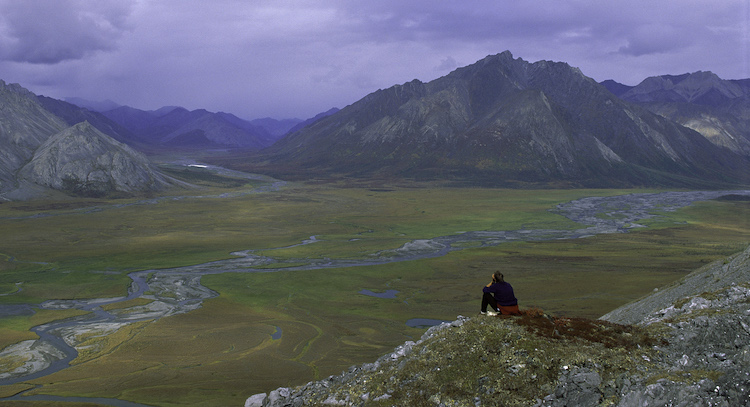 With the onset of winter, it’s never too early to daydream of next year’s adventures. Nowhere compares with the raw, spontaneous wildness of Alaska’s primeval landscapes teeming with abundant caribou and grizzly bears.

In particular, the aptly named Arctic National Wildlife Refuge was first set aside by President Dwight D. Eisenhower in 1960. The arctic refuge seems distant and disconnected from our quiet corner in Southwest Colorado, as it lies blanketed in ice and darkness this time of year. But here in Colorado, we have an all-too direct connection to the arctic refuge, and that’s in the person of Colorado Sen. Cory Gardner. Because you see, Gardner holds in his hands the wild fate of the arctic refuge and its oblivious wildlife denizens.

The Arctic National Wildlife Refuge, and in particular the coastal plain where the vast Porcupine caribou herd calves, was placed off limits to oil exploration in 1980. Now, the U.S. Senate, and specifically, the energy committee on which Gardner holds the deciding vote, is contemplating opening the refuge to drilling.

Gaining access to the arctic refuge has been the holy grail of Alaskan politicians for decades. And now, with the endorsement of the Trump administration, the Republican Congress has slipped an amendment into a budget bill counting on oil discoveries in the refuge to fund government revenues. It’s peanuts compared with the trillions of dollars in pending tax cut bills. But Alaskans and the administration’s oil industry allies are using this budget ruse to achieve a long-held dream. Gardner supported that budget sleight of hand, and now he is faced with voting to strip environmental protections from the refuge.

If we were scanning the headlines and read of national governments throwing open the Serengeti to destructive resource exploitation, one might shrug and figure, oh well, that’s the way it works in the developing world. Or hearing of gold miners stripping the Amazonian rain forest, we might assume poor countries have little recourse to protect their natural wonders.

Apparently, America has been dragged backward into similarly desperate straights, where politicians like Gardner feel compelled to sacrifice our national wilderness treasures for the hope of a few dollars.

One can understand Alaskans’ desire for access to hoped-for oil riches. Alaska is effectively a socialist petro state, where oil royalties fund the entire government and annually kick back $1,000 cash payments to every resident. Now, they have their sights set on the Arctic National Wildlife Refuge, if only Gardner will concur.

Opening the arctic refuge for oil drilling while the world is awash in cheap surplus oil is all the more nonsensical, given the hand wringing about urging government to operate more like a business. What business trashes its prized assets in an attempt to compete in a glutted commodity market? This is really about the oil industry seeking to strike while the iron’s hot and lock up access to oil at bargain basement prices with sympathetic politicians in power.

This vote is a crucible for Gardner’s public lands policies. While he argues that drilling in the Arctic National Wildlife Refuge would abide by all existing environmental laws, he plans to vote for a bill that waives those exact environmental protections. Colorado’s other senator, Michael Bennet, is on record with his votes to keep the Arctic National Wildlife Refuge off-limits to oil development.

Will Gardner side with Dwight Eisenhower and generations of Americans who have trusted political leaders to protect irreplaceable American national wildlife treasures? Or does he vote for a law to sell that American treasure to the oil industry?