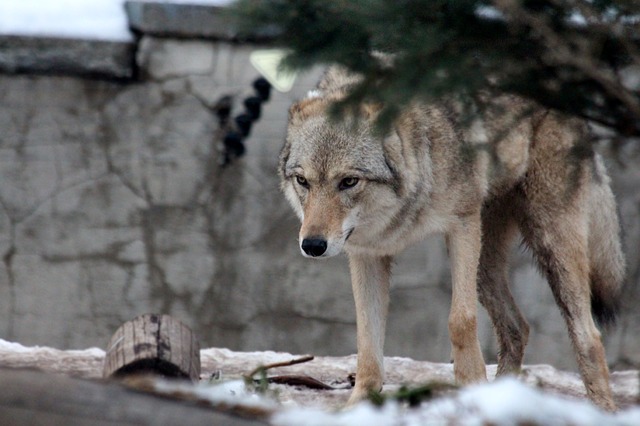 The Myth of the “Canadian Wolf”

Opponents to wolf restoration, whether here in Colorado or Yellowstone, claim that the wolves that would be released are a different species than the wolves that were originally there. Colorado wolf opponents claim that reintroduced wolves would wreak havoc because they are “Canadian wolves” and don’t belong here. To understand why this is a myth, it’s helpful to understand basic wolf taxonomy, the study and process of classifying living things, which is applied to everything from viruses to plants to animals.

All living creatures are assigned to a species, a group of organisms that can breed and produce fertile offspring.  Some species can breed with other species, but their offspring are sterile. For example, horses and donkeys can breed but their offspring, mules, are sterile, so horses and donkeys are different species.  Species are given a genus name and a species name.  Humans are known as Homo sapiens, and gray wolves as Canis lupus.

As with many areas of biological study, taxonomy is complicated, and not always 100% clear.  Some groups within a species are designated as subspecies and given a third part to their taxonomic name; the Mexican gray wolf is known as Canis lupus baileyi.  Mexican gray wolves can produce fertile offspring with other members of Canis lupus from anywhere in the world from Spain to Russia and certainly anywhere in North America. They are the same species as all Canis lupus, but a designated subspecies. The bottom line is that categorization as a subspecies means little in terms of how wolves function in ecosystems.

Wolf taxonomy at the subspecies level has been revamped multiple times. In North America, there were once 24 recognized subspecies of Canis lupus, while today there are five.  Or four.  Maybe. The key here is that wolves didn’t change, our ways of classifying them did. As noted by the International Wolf Center,“…[i]n reality, any differences among all these proposed types are so minor as to be meaningless except to a few specialists.”

Complicating things further is the use of common names.  These are the names we use like black bear, robin (or is that American robin?) and mountain lion (wait…puma, panther, cougar, catamount, painter….???).  The point is that common names are not consistent, and that applies to wolves, too.  While some are pretty consistent (Canis lupus arctos is almost always called the Arctic wolf, but sometimes the tundra wolf) others aren’t.  The names timber wolf, plains wolf, gray wolf, Canadian wolf…none have a clear association with a specific subspecies, but all are used to refer to the species Canis lupus in different places, and sometimes several places. 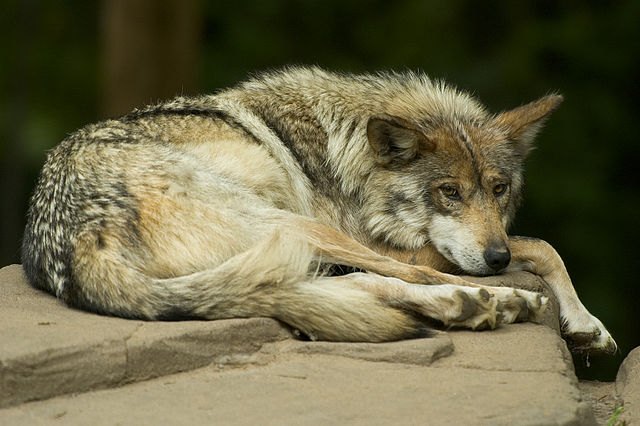 A Mexican gray wolf (top), is a subspecies of a gray wolf (bottom), but both wolves belong to the same species Canus lupus.

The Myth of the “Canadian wolf”

So back to the “Canadian wolf” myth.  The contention is that the wolves that were reintroduced to Yellowstone and Idaho are “super-wolves” that are bigger, faster, stronger, more aggressive, and kill for fun (surplus killing).

The truth?  It’s field biology, so it’s complicated, although not horribly.  There is some consistent variation in appearance (size, coloration) and the genetic structure of wolves in different parts of North America, and the world.  But in practice, the differences are negligible, and they don’t make any difference in how wolves live.  For example, many Arctic wolves are white, but white individuals occur in other subspecies, and where there are elk, wolves eat (and prefer) elk.

The wolves introduced to Yellowstone and Idaho came from Canada, so, sure, they’re Canadian wolves.  Just like Justin Bieber is a Canadian singer but sings like singers from the U.S.  And while the wolves from western Canada are slightly larger on average than wolves from Minnesota, it’s not by enough to make a difference in how they live.  And they’re all the same species (like me and Justin) but according to current taxonomic thinking, they are different subspecies.

One response to the point that wolves are all the same species is that all dogs are also the same species, and there’s a tremendous range of variability in dogs, which is true.  But the variability in dogs is caused by active and intensive selection by humans.  In some cases, dog breeds are entirely dependent on humans, as in the case of Boston terriers which almost always undergo Caesarean section surgery for the pups to be delivered.   Without humans, there would soon be no Boston terriers.  Notably, when dogs become feral (living in the wild without human support) they begin to act and look alike, as natural environmental selective pressures promote changes in behavior and appearance.

In the case of wolf behavior, there is consistency across the entire species range, with factors such as hunting style, pack dynamics, and dispersal of juveniles showing little difference across the world.  The specific claim of differences in surplus killing behavior isn’t supported by science.  It’s very dangerous for wolves to attack prey that is many times their size, and wolves are regularly injured by their prey- hunting really isn’t fun for them, it’s work.

From the very limited number of instances of surplus killing that are known, it appears that it happens when prey are particularly vulnerable, and multiple prey animals panic when attacked by wolves.  An example is the 2016 killing of 19 elk on an elk feedground in Wyoming.  It had been a hard winter with deep snows that made it difficult for the elk to move, and the wolves were able to more easily kill the elk. Some biologists have speculated that it’s an effort at caching food, and the wolves would have come back to feed on the carcasses until they were gone.  They couldn’t do that because humans intervened and removed the carcasses, and the wolves had to move on to other prey. And it’s important to remember that these cases are aberrations, and can’t be ascribed to any specific subset of wolves.

If you’re interested in wolf taxonomy, here are some sources to learn more.

National Center for Ecological Analysis and Synthesis.   Review of proposed rule regarding status of the wolf under the Endangered Species Act.  NCEAS.  Santa Barbara, CA.