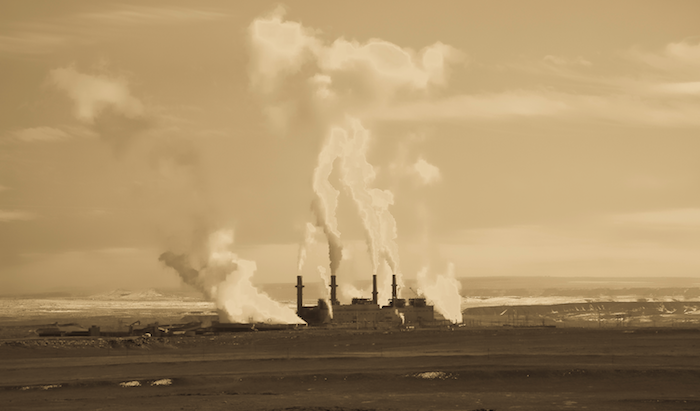 West’s utilities abandon coal because it costs too much

“It’s all about the economics,” the expert said. “Technologies have improved to make other forms of energy less expensive than coal.”

One might figure sure, that’s some tree-hugging environmentalist arguing for solar and wind energy. But in fact, that’s the largest utility in the state of New Mexico, PNM, putting the dagger into the heart of inflexible and expensive coal generation. In April, PNM announced plans to shut the coal-fired San Juan Generating Station outside Farmington decades ahead of schedule.

And it’s not the only one. PNM’s neighboring utility in Arizona, Salt River Project, plans to pull the plug on the West’s largest coal-fired power plant, Navajo Generating Station, for the same fundamental reason – coal costs too much. One of the largest customers of Navajo’s coal-fired electricity is the Central Arizona Project, which powers massive pumps to move water hundreds of miles from the Colorado River to Phoenix. The utility figured it could have saved $38.5 million last year buying power on the open market rather than expensive electricity generated by coal from Navajo Generating Station.

We are surrounded by utilities abandoning coal faster than rats escaping the Titanic. In Colorado, Xcel Energy has dropped its coal portfolio by half in the last decade. In Arizona, Colorado and New Mexico, all the big utilities are fleeing coal.

There are many arguments against coal – including the climate-change impacts of burning coal and how the local economy could benefit from renewable energy generated right here at home. But for these utilities, it is a bottom-line, dollar-and-cents question – coal has rapidly become the most expensive source of electricity.

What about our own electric generation source, Tri-State, which powers our local La Plata Electric Association? As we watch PNM, Salt River Project and Xcel all dump coal simply because it is too expensive, what’s different with Tri-State? Tri-State claims it has better deals for its coal and power plants than these other utilities, arguing that new solar and wind is still slightly more expensive than old coal.

Just a few years ago, in 2013, Tri-State and its member electric cooperatives, railed against a requirement to generate 20 percent of its electricity from renewable sources. Tri-State and its coal suppliers argued 20 percent by 2020 was an “unreasonably difficult” goal and created an unprecedented “government-generated crisis.”

Guess what? Today, Tri-State touts the fact it obtains 25 percent of its power from renewable sources, easily besting the standard. Clearly, not at all difficult to achieve, and it certainly hasn’t affected affordability. But Tri-State still prohibits local co-ops like LPEA from generating more than 5 percent of energy from local sources.

Some years ago, a third coal power plant, Desert Rock, was planned for Farmington. Opponents hired a consulting outfit, Ecos, which demonstrated the same power could be found from energy efficiency, wind, solar and gas generation. Desert Rock bit the dust during the Great Recession. Sure enough, now PNM says it no longer even needs one of the existing Farmington power plants, San Juan, because exactly what Ecos envisioned a decade earlier has come to pass – efficiency, solar and wind can effectively and more cheaply replace coal generation.

The world of power generation is rapidly changing. Gains in efficiency are curtailing electric use and contributing to a West-wide power glut, which gives more nimble players the ability to find cheaper rates in a competitive market.

Can LPEA, joined at the hip with Tri-State, deftly negotiate the swirling currents of change? Time will tell.