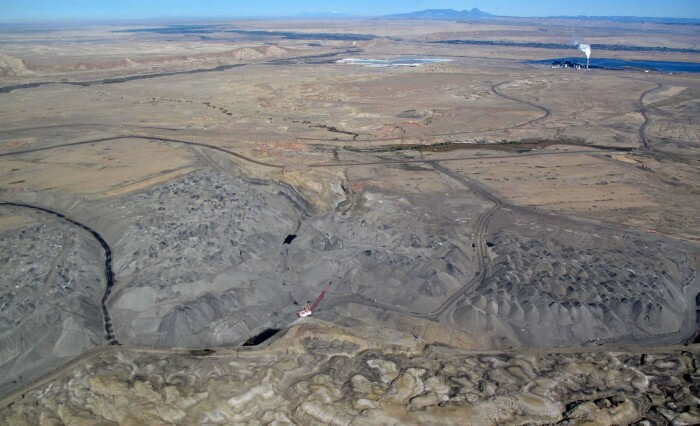 When rules are ignored, we can win

It is not often enough that we get to celebrate wins in my line work, so today let’s pause to do exactly that.

A few weeks ago, San Juan Citizens Alliance and our partners won a hard-fought legal case against the proposed expansion of Navajo Mine. By way of background, the Navajo Mine provides coal to the Four Corners Power Plant, the industrial monstrosity outside of Farmington that has been dumping greenhouse gases into our atmosphere, polluting local watersheds and wrecking regional air quality since 1963.

Regarding that lawsuit we won, get a load of this head-scratcher. In 2011, the Alliance and friends won a court case against a proposed 3,800-acre expansion of the Navajo Mine on grounds that the Office of Surface Mining conducted insufficient environmental due diligence to award a permit for the expansion.

In light of that ruling, what did the OSM do when mine operators proposed a smaller 714-acre expansion? They prepared another lame and woefully inadequate environmental assessment. Any guess as to what happened next? We sued. We won.

The path to getting a project through the regulatory process, though complex, is actually relatively straightforward. The National Environmental Policy Act provides guidance for the type of analysis that needs to be completed before a decision to green-light a project can be made. Follow those rules and an organization like the Alliance can’t nail you for failing to adhere to regulatory statutes. Fail to follow those rules and, well, go ask the OSM. Which then begs the question, why don’t project proponents just follow the rules?

I’d ask them directly, but something tells me they aren’t in a talking mood right now, so let’s hypothesize. Here’s my theory: If a mine-mouth coal complex like the Navajo Mine and Four Corners Power Plant were to thoroughly analyze the totality of their environmental impacts, no regulatory body or community would allow them to exist. Period. Further, in any legal or regulatory fight, available resources (money, lobbyists, lawyers) are so thoroughly skewed in favor of the coal operators that there’s always a good chance that money and power will override solid regulatory practices or jurisprudence.

Some politicians make a lot of noise about the war on coal, and they’re absolutely right. There is a war on coal, it is a righteous war, and groups like the Alliance are fighting to win.

Just as we have battled against other scourges of human and environmental health (like infectious diseases and ozone depleting hydrocarbons), so too do we battle against an antiquated and polluting energy source whose time has come.

Later this year, a major Environmental Impact Statement will be released for the entire Four Corners Power Plant complex, presenting a tremendous opportunity for our community to hold plant operators and regulatory agencies to task for the completeness of their analysis.

The Alliance is ready to keep up the fight, but we can’t do it without help. Will you join us?