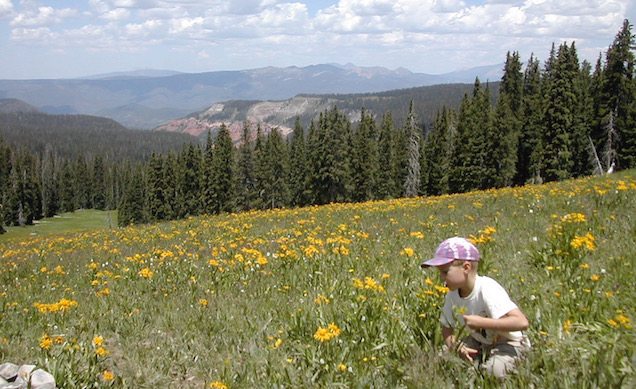 You can help build momentum for clean power alternatives

As the father of a 3-year-old boy, I’ve become an expert on the topic of momentum.

You see, my little guy has yet to cross paths with a hill he doesn’t want to race down. Grassy, rocky, dirt, paved – heck, lined with two-headed boy-eating monsters – a hill is a hill is a hill and that means it’s time to run.

While the crashes can be spectacular, so too are the moments of triumph. Pushing that boundary between mastery and its flailing, often painful opposite is the process by which we grow.

My self-proclaimed expertise on momentum has also been shaped by my role at San Juan Citizens Alliance. Outside of any specific campaign, the one thing the alliance seems to constantly push against is momentum.

I’m not talking here about the exhilarating momentum of a body careening down a hill, but the laborious momentum of people doing things out of habit rather than by design.

Let me give an example.

Though community values are hard to generalize, I would offer that a majority of people live in Southwest Colorado for the abundance and relative wildness of our public lands. A threat to those lands would, theoretically, be a threat to an important shared value, one the majority would rally against.

Yet, that is not what we see.

Right now, the oil and gas industry is laying the groundwork to lease 500,000 acres of the San Juan National Forest for development.

What is striking about these parcels is not just the enormous acreage in question; it’s the qualities of the landscape. This new round of leases will push far past the front country where we have grown accustomed to seeing development and penetrate deep into the forests and mountains where many of you likely hike, bike, hunt and fish.

In the face of this potential assault, what’s happening? I hear politicians lamenting oil and gas industry regulations, promising to let industry dogs loose with even greater abandon than they currently enjoy. I see a business community quick to defend the rights of corporations to privatize and destroy our shared public lands. And most disturbing, I see a public only partially awake to the slowly moving forces that will rewrite the face of our forests for decades to come.

Why? Our prescient Founding Fathers answered my query 240 years ago in the Declaration of Independence: “All experience has shown that mankind is more disposed to suffer – while evils are sufferable – than to right themselves by abolishing the forms to which they are accustomed.”

Though Freedom Fry eaters will decry my next reference, I turn to Frenchman and prolific commenter on political life, Alexis de Tocqueville, for a possible antidote to despair: “Evils which are patiently endured when they seem inevitable, become intolerable when once the idea of escape from them is suggested.”

Did you catch it? After studying the French Revolution, de Tocqueville concluded that people would not suffer evils until they were unbearable, but only until they could see a viable alternative.

And therein lies my reason for hope.

Raise your head above the din of local politics and you will see communities the world over rebuilding their energy infrastructure and economies using vastly cleaner and safer technology.

We are far past “the idea of escape.” We are reaching escape velocity.

Mastering momentum, as my son demonstrates daily, requires audacity paired with an undeniable desire to grow. Perhaps those traits would serve our community equally well, and perhaps through our growth, we’ll find the courage to save some of the places we so often profess to love.