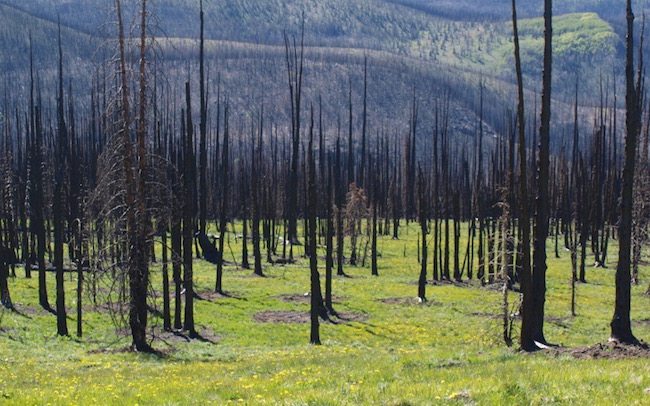 Collaboration key in fighting fires in the West

Collaboration key in fighting fires in the West

It’s summer, it’s hot and dry, and forest fires will burn. Here’s the kicker: That may be a good thing.

To unpack this claim, let’s look at two things legions of politicians and their oddly supportive constituents are scared of: statistics and science.

According to the U.S. National Interagency Fire Center, 68,000 wildland fires burned over 10 million acres last year, costing taxpayers over $2 billion in suppression costs. This was the largest and most costly fire season on record. More, an astonishing nine of the 10 largest years for acreage burned have occurred since 2000.

Are these numbers indicative of something amiss? It’s complicated, but let’s start with the basics.

Many forest ecosystems in the West are fire-adapted, meaning that not only do fires not “destroy” the forest, the forest actually needs these fires. The occurrence of fire serves critical ecological needs such as stimulating seed growth, promoting stand regeneration and recycling nutrients to name just a few.

That a large area of forest is burned and blackened is no more ecologically damaging than large sections of forest being killed by beetle infestations. This is what forests do. Bob Ross may have liked his trees happy, and most people may like their forests green, but let’s not confuse culturally-derived aesthetic preferences with a functioning, dynamic ecosystem.

The biggest determinant of longer and larger fire seasons is not fire suppression, declining timber harvests or increased insect activity. No, the science points elsewhere, namely to the effects of climate change on weather patterns.

This was the conclusion drawn by a 10-person Wildfire Science & Policy Working Group convened by Headwaters Economics. In their words: “Because climate’s influence on wildfire is so strong, we are facing an inevitable trend of increasing annual area burned, and will need to learn how to adapt to more wildfire.”

Their report went further, citing a litany of scientific studies to clarify that fuel reduction on federal lands will do little to reduce acres burned and that insect outbreaks like bark beetles “have little influence on the occurrence or severity of forest fires in the 10 to 15 years after the trees have died.”

OK, so fire is natural and healthy in many western forests, and the increased severity of these fire seasons is driven most strongly by climate change. This knowledge does little to address the very real fear of communities and homeowners living, where I do, in the wildland urban interface (WUI). This is the danger zone where human communities run the risk of being very accurately described as “destroyed” if a fire happens to occur there.

The reason the Forest Service can’t log its way to safer communities is twofold. One, there aren’t enough resources to address the size of the challenge and, two, over 50 million acres of high-risk land is privately owned.

The partial solution to fire risk mitigation will be found through collaboration. Federal and state forest managers, private landowners, environmentalists and industry must all be in dialogue, with the aim of employing best-available science to direct the use of limited resources, and yes, forest thinning in the WUI will be part of the solution.

The good news? Here on the San Juan National Forest, these types of public/private partnerships are either in place or taking shape. (Check out the San Juan Headwaters Forest Health Partnership for a stellar example).

While these efforts cannot prevent the loss of homes or threat to infrastructure, they can go a long way in reducing the threat and helping inform forest management and land-use practices that better enable us to learn to live in fire-adapted ecosystems.