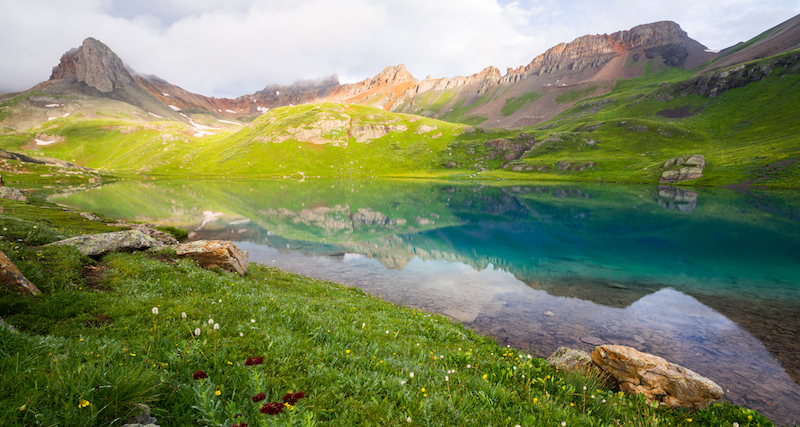 Fans of Utah’s spectacular redrock country can savor congressional action this week that advanced protections for a million acres of the incomparable San Rafael Swell, and one of the Colorado Plateau’s longest wild river segments through Desolation Canyon.

A contentious debate about the future of wild desert canyonlands in Utah’s Emery County was resolved in a massive 662-page public land management package approved by the U.S. Senate.

Conservation progress like this comes in fits and starts. Eventually, the pressure of public demand exceeds the bottlenecks and a burst of activity gushes forth.

Just such a breakthrough occurred this week as senators approved more than 100 individual conservation bills in a single public land management act. The measures ranged from the visionary like creating permanent protection for Utah’s San Rafael Swell to the mundane in guaranteeing access to a specific irrigation ditch near Minturn, Colorado.

What the measures have in common is the dysfunction of our federal Congress. Routine housekeeping measures like clarifying irrigation ditch access shouldn’t be idle for years, but when a single senator can unilaterally stymie legislative action, it sometimes requires the combined heft of dozens of bills affecting practically every state to muster the strength to surmount senatorial obstinacy.

What the massive lands package failed to include are any of the significant conservation bills pending for Colorado. Sen. Michael Bennet is the prime sponsor of those bills, which includes the decade-long effort to expand protections for the Mount Sneffels Wilderness and other San Juan Mountain landscapes via the San Juan Mountains Wilderness Act. Now, Bennet has offered forth a Colorado-specific effort that similarly packages conservation bills into a single vehicle, with the intention of running the creaky gears of the legislative gantlet once rather than many times.

The San Juan Mountains wilderness effort arose 10 years ago out of pending wilderness proposals initially offered forth by the Forest Service around Telluride and Ouray. It has since evolved to incorporate the entirety of the spectacularly scenic Sneffels Range and to ensure beloved high alpine basins at Ice Lake and Island Lake near Silverton remain free from future development.

A decade’s worth of public outreach by the various legislative sponsors, starting with Rep. John Salazar in 2008 and followed by Sen. Mark Udall and then Bennet has resulted in boundaries drawn with painful attention to detail to avoid interfering with private lands, existing roads, water diversions and established recreation uses. The careful balancing has drawn the unanimous support of the surrounding county commissions.

Alas, the breathtaking nature of the landscapes at issue and the consensus local endorsements have been unable to penetrate legislative lethargy. One might hope the mesmerizing azure blue of Ice Lake or the rocky summits dominating the skyline east of Mount Sneffels would prove reason enough for legislative action, but congressional inertia is hard to overcome.

As a result of this week’s Senate votes, our neighbors in Utah may soon have cause for celebration around guaranteeing the primitive character of some beloved landscapes, an important hedge against increasing development pressures.

Is it Colorado’s turn next? Bennet’s recalibrated approach to bundle bills like our own San Juan Mountains wilderness bill into a statewide package offers a hopeful turn.

Ask Senator Gardner and your Representative to co-sponsor the CORE Act!