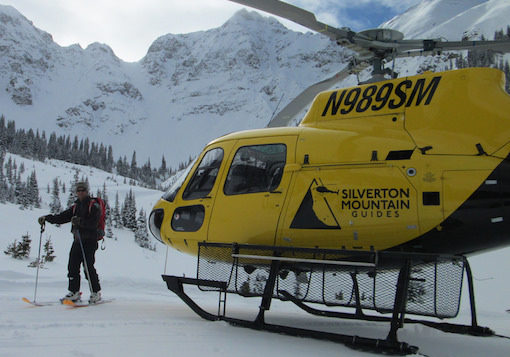 We were forced to file a Freedom of Information Act (FOIA) last week.

Why? Because the Bureau of Land Management (BLM) Gunnison Field Office refused to provide access to the public comments we requested. This is not normal by the way. We request and review public comments on issues all the time, in New Mexico as well as Colorado, from a number of different Forest Service and BLM offices. No one here can remember a time in the last 10 or more years when we’ve been denied access.

The issue at hand is Silverton Guide’s requested exchange, which is really a massive expansion, of their permit to operate their heli-ski business on public lands. It’s an issue that many folks are quite rightly worked up about. Many of the issues brought up in the original scoping comments were not addressed in the Draft Environmental Assessment. You can see our blog from last December for more details on why we and up to 400 others submitted comments on the issue.

We’ll continue to follow, engage and communicate to our supporters about this proposed expansion. The first step, however, is to access to the public comments, so we can hold the BLM accountable to the public, whom they serve.

See our Blog: Silverton Guide’s Heli-Ski Expansion is a Bad Deal for the Public

See our full Press Release below.

Silverton Guides has requested to increase their permitted use area to more than 25,000 acres (39 square miles) for their heli-ski operations, which led to a broad array of concerns expressed in the scoping comments submitted at the beginning of the process. Some of those issues were not addressed in the draft EA.

Public comments are routinely made public without FOIA requests. San Juan Citizens Alliance continuously works on and reviews public comments through various agencies across two states and at no time in recent memory has access to such comments been denied.

Somewhere between 300-400 public comments were submitted on the Draft EA, an unusually large number for a commercial recreational use permit. At a San Juan County Commissioners meeting on February 8th, Gunnison Office Field Manager, Elijah Waters, stated that comments would be summarized, rather than released in full, to preserve privacy. This despite the BLM notifying those submitting comments to “be advised that your entire comment…may be made publicly available at any time.” Officials said the summary of comments would be available sometime after March 3, but have still not released anything.

“Public comments are intended to see the light of day. Without transparency of public comments, there can be no oversight that government agencies are taking our concerns into account when making decisions about our public lands,” says Tim Thomas who submitted comments on the EA.