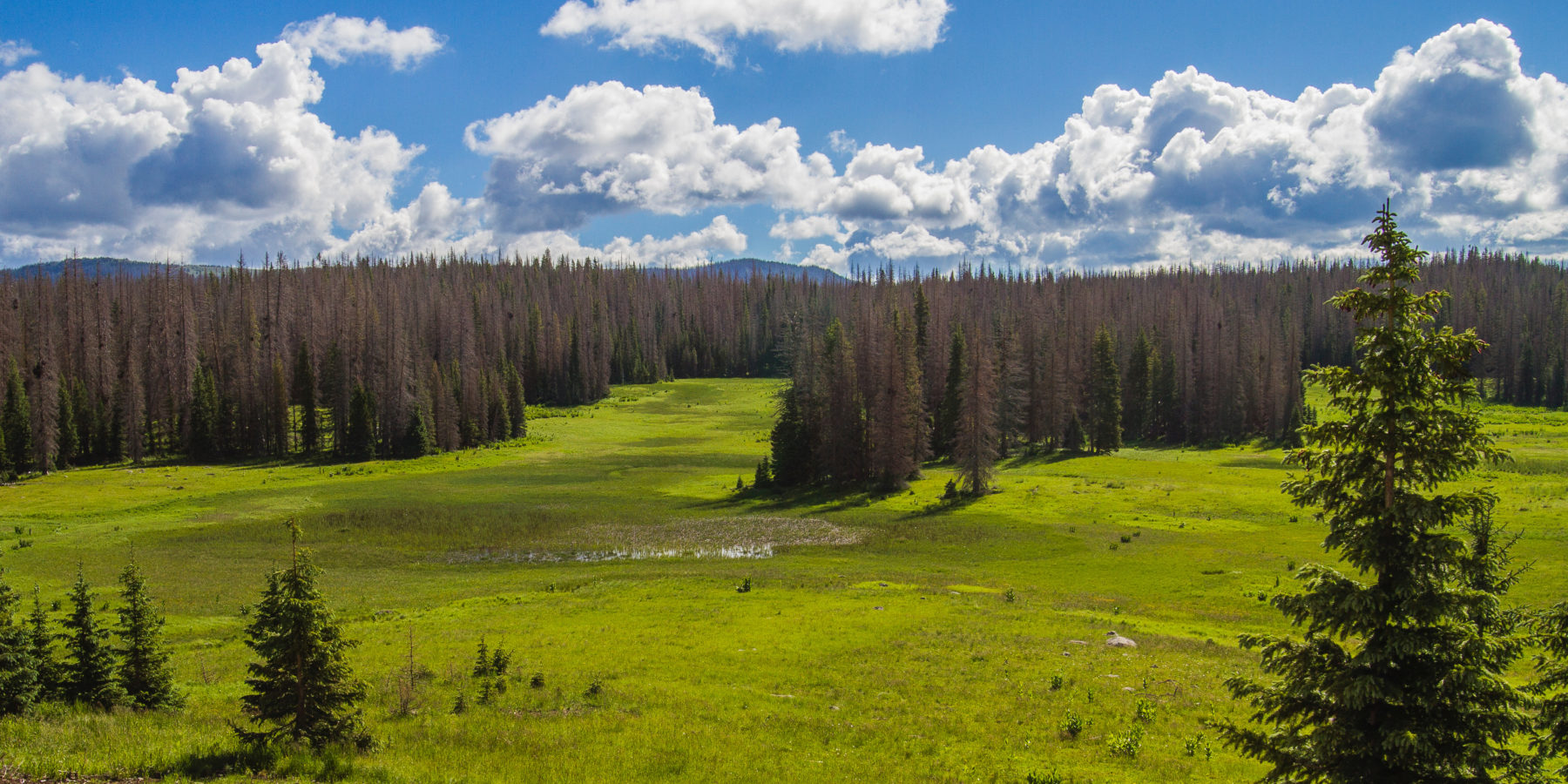 You probably aren’t new to this decades-long controversy over the proposed Village at Wolf Creek development. And even so, it can be hard to follow all the twists and turns it has taken over the years. We got some more good news yesterday and to put it into  context for  you, we’ll try to simplify the recent history right here.

In 2014 the Forest Service completed an Environmental Impact Statement (EIS), fulfilling their responsibility to analyze impacts of several different options for granting developer access to the private land on which they sought to develop the Village at Wolf Creek. This was essential because the property they own is an inholding, surrounded by publicly-owned National Forest. The massive 8,000-person development they’ve been seeking would require year-round access. The Forest Service did what we consider an inadequate job assessing the impacts, but nonetheless chose to exchange National Forest land adjacent to Hwy 160 for some of the privately held land.

OK, and now we’re here today. The appeals court announced that they were dismissing the developer’s appeal of the 2017 decision. They did so in part  because the Forest Service declined to appeal their own case and also because they are already pursuing an alternative action.

What does it mean? Well, it means the 2017 decision deeming the EIS unlawful and nullifying the land exchange stands.  There will be no land exchange. It also bodes well for a future fight against the new decision to provide road access, which is based on the same faulty analysis.

That’s just the simplified version of the recent history (I didn’t even mention the collusion!). Hopefully, it clarifies things a bit. You can see our full press release below.

A federal appeals court Tuesday dismissed the latest attempt from the would-be developers of the Village at Wolf Creek to reinstate a land exchange rejected by a federal judge last year. The 10th U.S. Circuit Court of Appeals in Denver dismissed the developer’s appeal, based on a lack of appellate jurisdiction. The dismissal leaves in place the District Court’s findings, as well as its invalidation of the land exchange. Conservation groups fighting to preserve the critical wildlife corridor and undeveloped character of Wolf Creek Pass cheered the decision, the latest in a long-running series of legal and political setbacks for this massive proposed development.

In May 2017, Senior Federal Judge Richard Matsch found that the Forest Service’s environmental analysis violated federal law, and set aside the Forest Service’s approval of a land exchange that would have facilitated the construction of a large scale resort. The court’s order was issued in response to a lawsuit filed by Rocky Mountain Wild, San Luis Valley Ecosystem Council, San Juan Citizens Alliance, and Wilderness Workshop.

“The appeal’s dismissal leaves in place the lower court’s ruling that the Forest Service’s analysis of environmental impacts associated with up to 8,000 people living on top of Wolf Creek Pass failed to pass muster with numerous federal laws,” said Travis Stills, an attorney with Energy & Conservation Law representing the conservation groups.

This past July 2018, the Forest Service in closed-door negotiations with the developer, Leavell-McCombs Joint Venture (LMJV), proposed to approve another type of access for the Village at Wolf Creek using the same prior analysis found to violate federal law. This proposed approval was based on the possibility that the appeals court would reverse Judge Matsch’s order. However, the appeals court determined that because the Forest Service declined to appeal the 2017 court ruling and was instead pursuing a new decision, there was nothing timely for the court to address. Hence the court dismissed the developer’s appeal.

“We are still waiting for the Forest Service to conduct an open, transparent and inclusive analysis of the environmental impacts associated with this enormous commercial development,” said Tehri Parker, Executive Director of Rocky Mountain Wild. “The Forest Service needs to do a new analysis that is not tainted by the backroom maneuverings of LMJV and honestly looks at the true impacts and all options for addressing the developer’s request for access.”

The Forest Service has not stated whether it will abandon its ongoing attempt to grant LMJV’s demand for unfettered access across the public’s forest without adequate consideration of alternative routes, impacts, or necessary mitigation. “The public expects and demands compliance with America’s environmental laws by the Forest Service,” said Jimbo Buickerood with San Juan Citizens Alliance. “The Forest Service’s intended new decision, based on the very same legally deficient environmental analysis already rejected by the courts, could be released in the coming weeks. That seems misguided and foolish.”

“It’s clear that the Courts are telling the Forest Service that the law will not stand for the lack of substantive analysis regarding ‘Village at Wolf Creek’ impacts,” said Christine Canaly, Director of San Luis Valley Ecosystem Council. “Allowing a road and not taking responsibility for what is built on the other side of it is a silo mindset that has outlived its relevance.”

The groups pledge continued scrutiny of the Forest Service’s compliance with its legal obligations and will encourage efforts by the agency to rebuild public trust in its review process. Attorneys Travis Stills, Matt Kenna, and Matthew Sandler represented the conservation groups in the appeal.