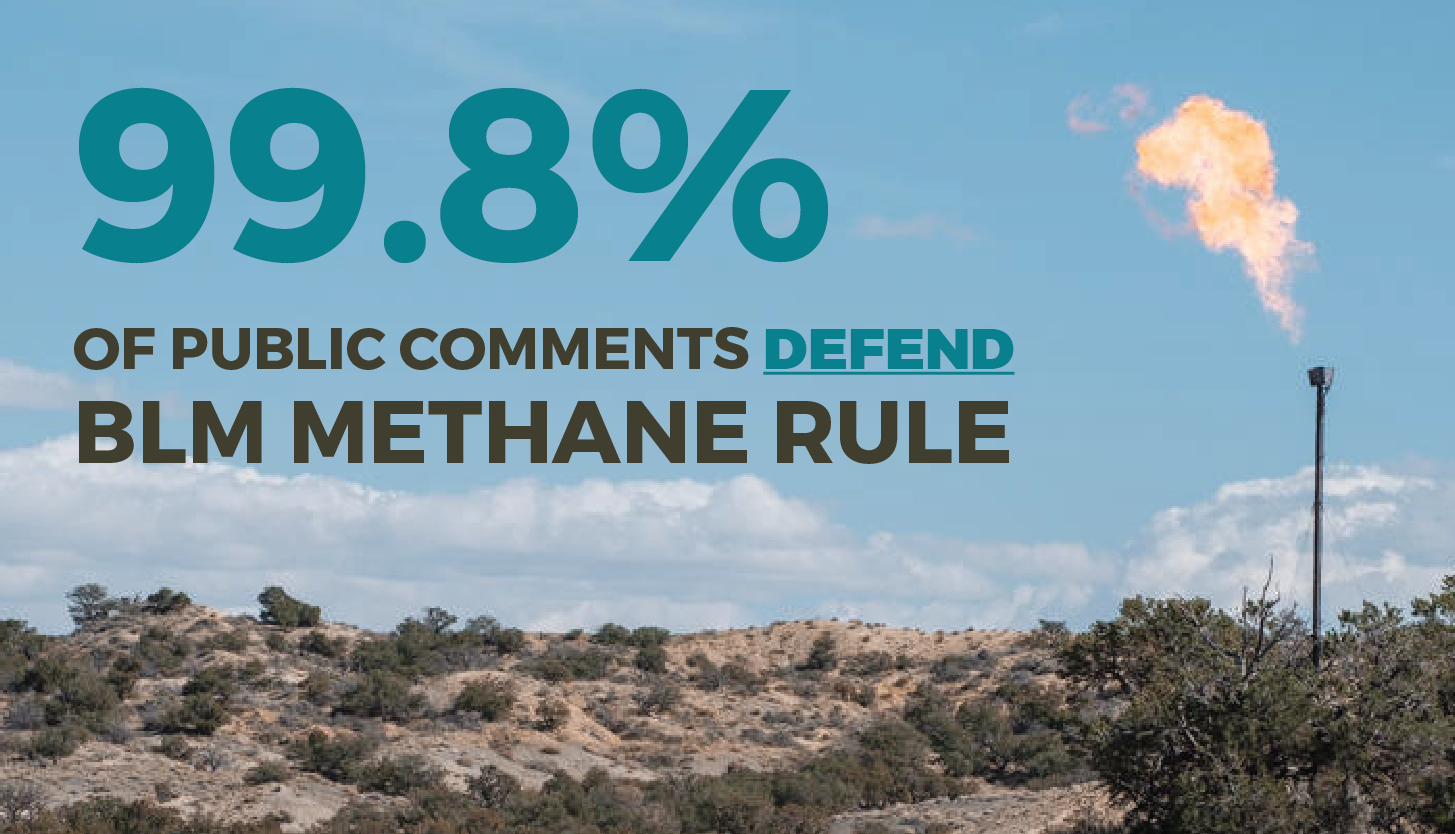 The road for the Bureau of Land Management (BLM) methane waste rule has been long and winding, and unfortunately we’re not at the end. Last week, however, we threw a big wrench in Secretary Zinke’s never-ending attempts to rollback this important rule.

The BLM methane rule has been under attack since it was signed by President Obama in 2016, but time and again you’ve shown up to defend it.

First, Congress threatened to overturn the rule. But you made calls to your representatives and in May 2017, the Senate voted (by a slim margin) to keep the rule intact. Then, the Trump Administration tried to force a short-term delay of the rule’s implementation, a move which was blocked in court in October. Days later, they launched a different one-year delay attempt. Along with our partners, we submitted over 175,000 citizen comments protest. Despite the widespread opposition, the BLM finalized the one-year delay. We’re suing them.

Finally, in February, the BLM proposed “revisions” that would gut the methane rule completely. You said ‘No.’

This rule is critical for Four Corners communities. Designed to cut natural gas waste, the rule requires oil and gas operators to implement common sense practices. By preventing leaks and unnecessary venting and flaring, they can capture more product and boost royalty money going to our communities. The rule is also designed to reduce pollution. Methane is a potent greenhouse gas that is associated with the release of cancerous volatile organic compounds and other toxic pollutants hazardous to human health.

We need the BLM methane rule. So last week, with our coalition partners, we submitted technical comments and over 400,000 citizen comments into the BLM’s record against the proposed revision. According to an analysis by the Center for Western Priorities, 99.8% of all comments submitted were in defense of the rule.

Recent polling found that three out of four Americans support the BLM methane rule. Sadly, the oil and gas industry seems to have more sway with the current administration than the American public. The future of this rule will continue to require a loud chorus of support to drown out the power of industry. This time around, that included 100 members of Congress, Latino leaders, faith leaders, environmental groups, and tribal leaders from around the country. Our own La Plata County Commissioners also chimed in.

We’re thankful for every one of you who continues, time and again, to add your voice to the fray. Secretary Zinke can only ignore the will of the people for so long.

If the BLM moves forward with rolling back the methane rule, we’re set up to challenge them in court on the foundation of your voices. Thank you.