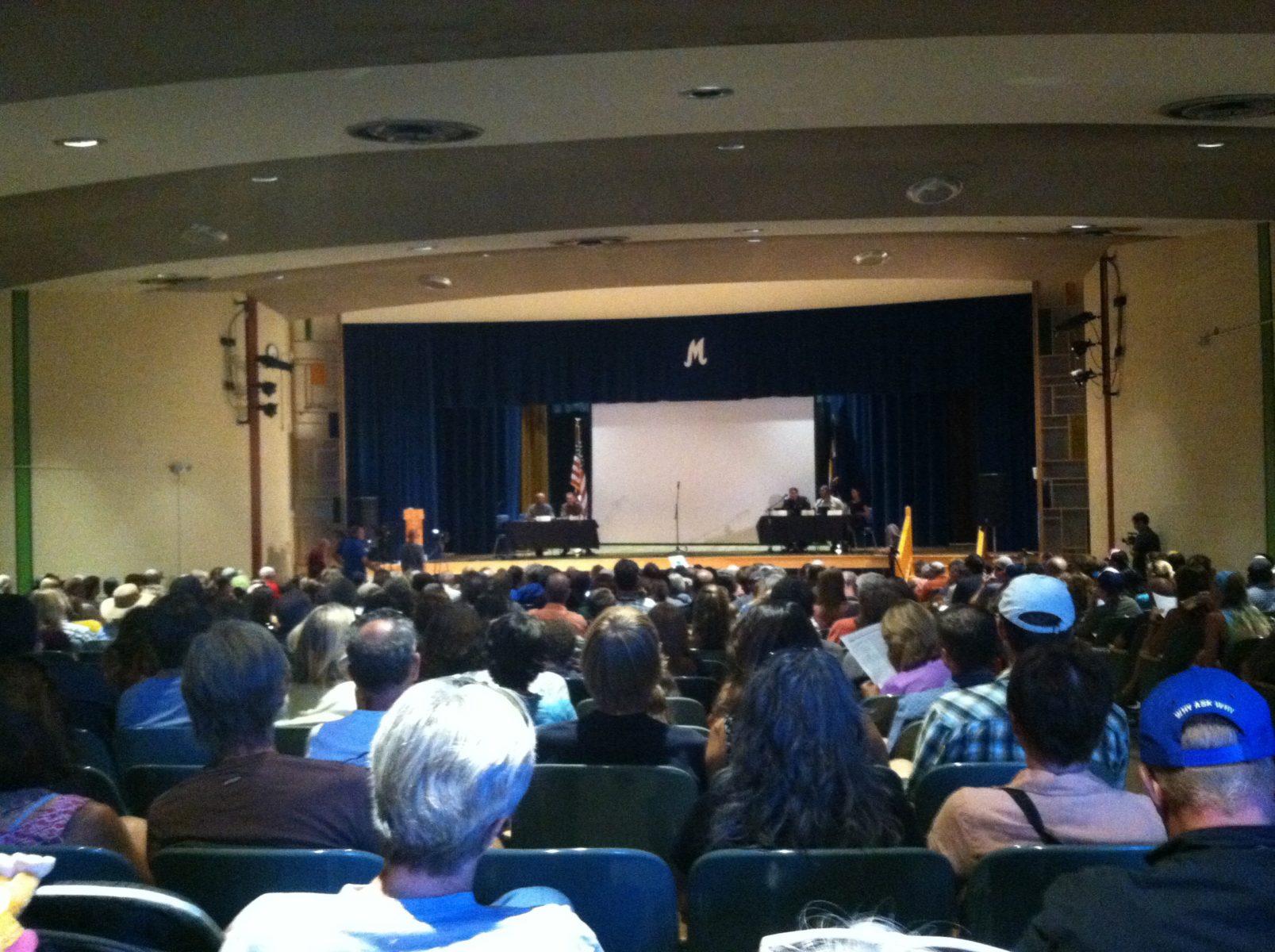 Well… that was lively. Here are a few SJCA takeaways from tonight’s EPA/Community meeting:

1. Our communities want good data on what is in the water, and the EPA has been slow in producing that data. Sure, it takes time to process tests, but we’re at 4.5 days past the breach. That feels too long.

2. The EPA continues to do a poor job communicating. The presentation of the limited data they have is confusing and lacks context to help citizens understand it. Rather than help the situation, the data presented further disempowers, scares, and then angers people. If you don’t have data, don’t present it. If you do have data, present it so that community members can learn from it. Do not tread the awkward middle ground – it sows distrust.

3. Don’t piss off the Navajo Nation. Navajo President Russell Begaye took the stage and made the dire situation on the reservation abundantly clear. The tribe is less than pleased with the EPAs response, and they plan to work with stakeholders up and down the watershed to do something about. This is nothing but good. Nation to nation solidarity as we try and deal with this complex issue.

4. Initial tests continue to confirm that the acute phase of the plume has been less destructive than could have been imagined. Fish and macro-invertebrates have, in large part, survived thus far. Medium and long term impacts are simply unknown.

5. States of emergency are being enacted by city and county, and the Governor has also verbally announced an emergency declaration. These moves will create flexibility and bring resources for the response.

6. Pledges are being made to compensate individuals and businesses for economic losses. First step? You guessed it. Fill out a form.

7. Durango’s drinking water has been deemed clean by just about everyone. And it makes sense. The city is getting water from the Florida with no mechanism for cross contamination. So long as the Animas intakes were shut off ahead of the plume, the city’s drinking water is good to go.

8. We all really want to know why this accident happened. Given that the EPA, the agency usually regulating and policing industrial activities, screwed up, the pressure is on for full disclosure of the incident. While important, it is not particularly time sensitive. We won’t forget to get our answers, but SJCA doesn’t think it is today’s priority.

9. The community also really wants to know why these mines have been spewing pollutants into the Animas River for so long. This is something SJCA knows a bit about, and the story is complex with strong political undertones. Once the dust settles on our immediate emergency, we’ll be talking a whole lot more about it.

A note of caution: as people begin to realize the severity of the threat to our community by un-remediated mines in San Juan County, CO, it is important to know that there is NO easy or cheap solution. While SJCA believes that local politics have dramatically slowed action that could have been taken, this is an incredibly complex problem to solve. It will take ongoing community pressure (and engagement) to tackle.