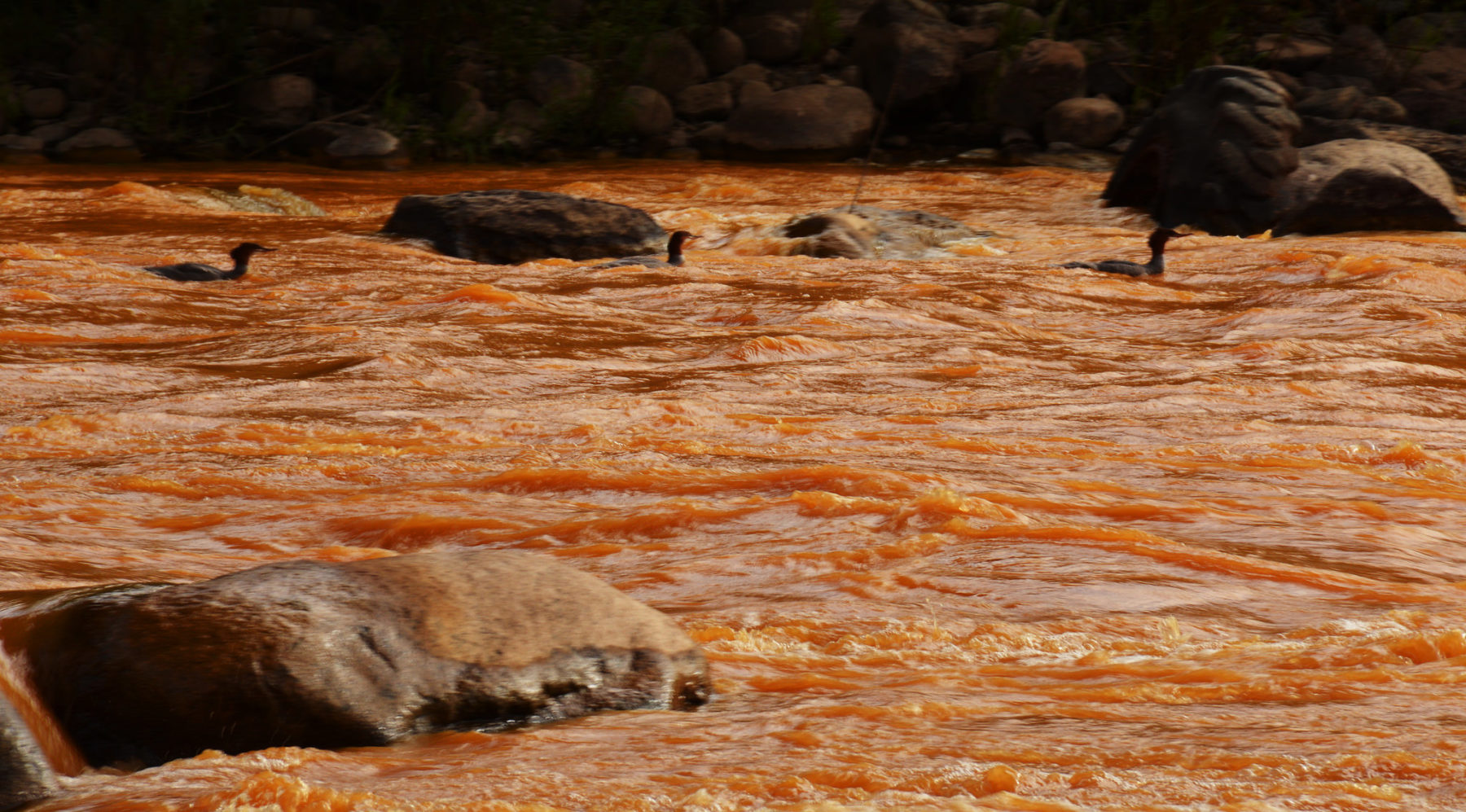 Animas River after the Gold King Mine Spill, August 2015. Photo by Kathy Myrick.

“The health of our waters is the principal measure of how we live on the land.” – Luna Leopold

More than two years after 3 million gallons of acidic, metal-laden water fouled the Animas and San Juan rivers, the Gold King Mine spill of August 2015 still stands as a visceral reminder of the water quality and public health risks associated with hard-rock mining operations.

In the mineral-rich mountains of the American West, more than a century of hard-rock mining has resulted in thousands of abandoned mine sites. Many of these sites, including the Gold King Mine, require costly remediation and water treatment in order to protect human health and the environment.

Like the Animas, the Environmental Protection Agency (EPA) has calculated that 40% of rivers in the West have been impaired by acid mine drainage – the outflow of acidic water from a mine site that carries dissolved metals into rivers, streams, and groundwater.

In the state of Colorado alone, there are an estimated 23,000 abandoned mine sites that pose varying amounts of risk to our communities and to the water resources that sustain us. Colorado state health officials have determined that mining pollution has impacted more than 1,600 miles of rivers and streams across the state, including waters of the Animas, Alamosa, Arkansas, Eagle, Big Thompson, Gunnison, South Platte, and Uncompahgre rivers. 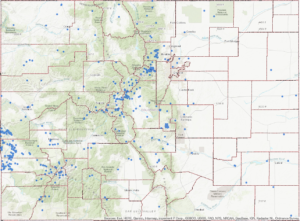 Inactive hard-rock mine permits in CO. Source: Division of Reclamation, Mining and Safety

While mining has played an important role in the history and development of the state of Colorado, it has also created the conditions that are currently degrading public water resources and burdening taxpayers with the cleanup of abandoned sites.

This bill would update the CMLRA to align with best practices currently employed by industry and regulatory agencies, while also requiring that mining companies contribute real financial resources to pay for future reclamation of the land and water impacted by their activities.

The CMLRA requires that mines fully reclaim and clean up the land that they operate on, but current law lacks clarity on how that applies to water treatment requirements. HB 18-1301 ensures that moving forward, both land and water impacted by mining will be returned to beneficial public use once mining operations have ended.

In the interest of Colorado’s water resources, it’s critical that future hard-rock mining operations take well-reasoned and effective measures to reduce the risk of mining disasters and prevent burdening taxpayers with the cost of mine-site remediation and long-term water treatment. HB 18-1301 ensures mining companies are required to post an adequate bond for land and water reclamation while also prohibiting the types of operations that lead to never-ending and expensive water treatment.

These common-sense updates to existing policy would move Colorado toward a more sustainable and responsible mining future. At a time when environmental protections at the federal level are being rolled back, delayed, or eliminated altogether, it’s especially important that state-level policies be up-to-date and strongly protective of human health and the environment.

We applaud the efforts of Representatives Roberts, McLachlan, and Arndt to protect the taxpayers and waterways of Colorado.