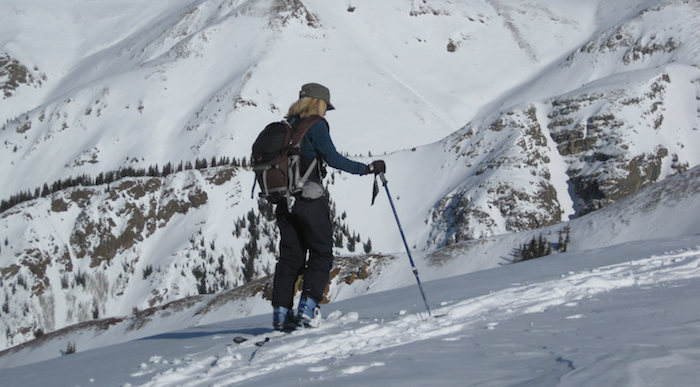 We just couldn’t let it slide. There were too many egregious, and frankly illegal, errors in the Bureau of Land Management’s (BLM) process that resulted in approval of Siverton Guide’s proposed heli-ski permit expansion. Despite hundreds of public comments against the proposal and a failure to address valid issues of concern raised in those comments, the BLM rubber stamped the proposal in May.

And boy were you all mad! Quiet users and snowmobilers alike saw the danger and inequity in how the process was managed, as well as the outcome. Your energy and commitment to the issue, fueled our desire to appeal the decision.

Along with our partners at Winter Wildlands Alliance and Colorado Mountain Club, we filed an appeal with the Interior Board of Land Appeals. You can see the press release and a link to the actual appeal below. Thank you to all of you who have been speaking out on this issue. These are the local, but important issues on which our organization was founded.

Its imperative our public agency’s serve the public with integrity. And when they don’t, it’s critical we call them out on it. If you value what we are doing, please consider supporting our work.

Full Press Release is below.

San Juan Citizens Alliance filed an appeal with the Interior Board of Land Appeals over the Bureau of Land Management’s (BLM) veiled and illegal process to approve Silverton Guide’s proposal to drastically expand heli-ski operations on public lands surrounding Silverton, CO managed by the agency.

The BLM conducted a scoping process for the proposal in the summer of 2015, which generated 300 pages of public input. In the fall of 2016, nearly 400 comments were submitted on the Environmental Assessment (EA). The unusually large level of engagement for a commercial recreational use permit is indicative of how controversial the proposal was. In May of 2017, despite failing to account for missing comments, address significant public concerns or analyze sufficient alternatives, the BLM approved the company’s proposal.

Of the hundreds of comments submitted and released, at least 85% opposed the expansion and user conflicts topped the list of concerns. Although the law requires the BLM to address issues brought up in the scoping period, user conflicts was mentioned only in passing and the agency failed to analyze and address it. Commenters also suggested alternative proposals to consider in addition to the one proposed by Silverton Guides. BLM nonetheless considered only a ‘No Action’ alternative to approving what was initially proposed.

“The Bureau of Land Management is legally responsible to serve the public interest, but in this process they discarded public input in order to reach what seems to be a predetermined outcome benefiting one commercial interest to the detriment of a diverse array of winter recreationists. We simply couldn’t let that go,” said Jimbo Buickerood of San Juan Citizens Alliance.