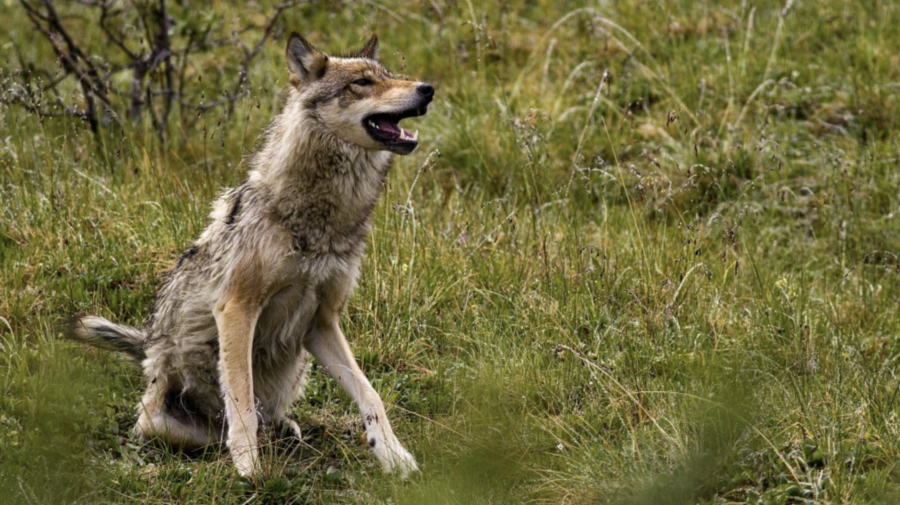 In our original blog, ‘Why Restore Wolves to Colorado,’ we briefly discussed the top five reasons wolves should be reintroduced to the state. Now, we’re digging deeper into each of those arguments. You can also check out Part I: Ecology, Part II: Colorado is the Missing Link for Genetic Resiliency, and Part III: The Public Wants Wolf Reintroduction. Blogs by Gary Skiba, SJCA Board Member and wildlife biologist.

NOTE:  The proponents of Initiative 107, which would require that Colorado Parks and Wildlife restore wolves to Colorado by 2023, delivered more than 211,000 signatures to the Secretary of State’s office in December 2019.  It’s very likely that there are enough valid signatures to place the initiative on the 2020 ballot, and if polling is accurate, it’s likely that it will pass.

If wolves were to migrate into Colorado on their own they would be fully protected as “endangered” under the federal Endangered Species Act (ESA).  On the other hand, If they were intentionally reintroduced, management flexibility would almost certainly be provided through an “experimental nonessential” designation.  This approach was used for the reintroduction of wolves to Yellowstone and Mexican wolves in Arizona and New Mexico.  It has also been used for reintroductions of other species, including black-footed ferrets and the California condor. This designation relaxes ESA restrictions, technically treating the population as “threatened” rather than “endangered”, which allows greater management flexibility.  In the case of wolves, past designations have allowed for actions such as harassing or removing wolves that attack livestock, which would be illegal under ESA endangered status.  This classification can help with acceptance of restoration by livestock producers, local government officials, and others with concerns about wolf presence. (Incidentally, experimental designation is also referred to as a 10[j], referring to the section of the ESA that authorizes this approach).

The legal status of wolves is a bit complicated geographically speaking.  Currently (January 2020) any wild wolves in Colorado are listed as endangered under the ESA.   Gray wolves in Montana, Idaho, Wyoming eastern Washington state have no federal status and are managed by those states.  In the upper Midwest (Minnesota, Michigan and Wisconsin) wolves are listed as threatened under the ESA.  Protections for threatened species are not as stringent as those for species listed as endangered.  The Mexican wolf (a subspecies of the gray wolf) is listed as endangered in Arizona and New Mexico, but is managed as an experimental nonessential population.  Wolves in all other states in the lower 48 are considered endangered; the gray wolf has never been listed under the ESA in Alaska.

The ESA specifically prohibits “take” of listed endangered species.  Take is defined as “…to harass, harm, pursue, hunt, shoot, wound, kill, trap, capture, or collect, or to attempt to engage in any such conduct.”  In the case of wolves, strict enforcement of the ESA would prohibit actions such as chasing off a wolf that was stalking a flock of sheep.

The classification as experimental non-essential can specifically allow actions to minimize or prevent depredation on livestock, including lethal control.  This has recently caused conflict in Washington state because a number of wolves have been killed to prevent livestock predation.  In response to public concern, Governor Inslee has directed the Washington Department of Fish and Wildlife to find ways to minimize lethal control.

Because the gray wolf is listed under the ESA within Colorado, any reintroduction would be conducted with coordination with the U.S. Fish and Wildlife Service, and that agency would be the lead in designating reintroduced wolves as an experimental population.  There is no doubt that the USFWS would work closely with Colorado wildlife managers to create flexibility intended to ensure the success of a wolf restoration effort.

On the other hand, if wolves were to return to Colorado on their own, either from the north (unlikely but possible) or the south (even less likely under current management), they would be fully protected as endangered, and management options would be very limited.

Another possible scenario is the de-listing of all gray wolves, which would place management authority in the hands of individual states.  There is a current proposal to do just that, which was originally announced in the Federal Register in March of 2019. The U.S. Fish and Wildlife Service received over 1.25 million comments on the proposal and is still analyzing that input.  A final decision is expected in the spring or early summer of 2020.

Read, R.  2019. Gray wolves are protected in Washington. So why does the state keep killing them? https://phys.org/news/2019-10-gray-wolves-washington-state.html