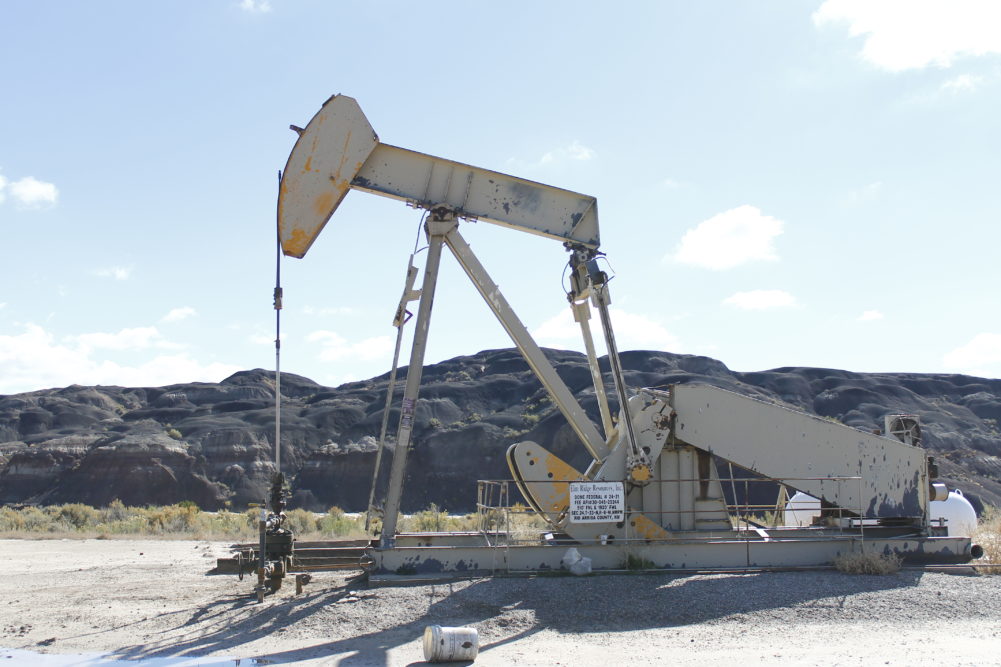 No Double-Density Drilling in the Greater Chaco Region

Along with our partners, we opposed Hilcorp’s plan to double the well density in an area that spans 1.3 million acres across Rio Arriba and San Juan Counties. After the OCC approved today’s agreement, Hilcorp will only be allowed to recomplete existing wells- new wells are forbidden unless a separate decision-making process happens.

“Today’s decision protects the communities, cultures, and landscapes of northwest New Mexico far better than Hilcorp’s original proposal. But we should be clear that work remains to guard against oil and gas development impacts across the vast, iconic Greater Chaco landscape.”

See our full press release below:

Santa Fe, NM – Today, environmental and tribal advocates celebrated a victory protecting land, water, and communities from the development of up to 8,000 new gas wells in San Juan and Rio Arriba counties of northwest New Mexico, part of the Greater Chaco region. After nearly a year of fighting a proposal by Houston-based Hilcorp Energy Company to double its gas wells, San Juan Citizens Alliance and the Western Environmental Law Center appreciate the New Mexico Oil Conservation Commission’s (OCC) decision to approve an agreement between the New Mexico State Land Office, the New Mexico Oil Conservation Division, Hilcorp, and the San Juan Citizens Alliance to restrict the extent of new development in this unique landscape.

“On behalf of all those living with the impacts of oil and gas development and production, and especially those in the Greater Chaco region, we applaud the Commission’s resolution of this struggle between natural resource preservation and natural resource extraction. Our rural families, our communities and our state are better off for it,” said Don Schreiber, area rancher.

In September 2018, Hilcorp filed an application before the OCC to double the well density in the Blanco-Mesaverde geological formation in northwest New Mexico, a formation that spans 1.3 million acres across Rio Arriba and San Juan Counties. Having acquired ConocoPhillips and British Petroleum’s assets in the area a year prior, Hilcorp sought permission to drill or recomplete one Blanco-Mesaverde well every 40 acres, doubling the potential for landscape disturbance and air pollution in the area, where an 80-acre spacing rule had been in effect since 1998. Today’s decision allows only recompletions of existing wells to access the Blanco-Mesaverde formation and forbids, in the absence of a separate decision-making process, any new wells beyond that allowed under the preexisting 1998 rule.

“Hilcorp’s original proposal to double the well density would have overwhelmed a region already impacted by tens of thousands of existing oil and gas wells, so we quickly mobilized to challenge it,” said Mike Eisenfeld, energy and climate program manager with the San Juan Citizens Alliance. “Because of that work and the work of countless people living in the area, we were able to ensure an outcome that allows Hilcorp to re-complete existing wells without doubling the number of new wells over 1.3 million acres of the San Juan Basin”

San Juan Citizens Alliance, represented initially by the University of New Mexico Natural Resources Environmental Law Clinic and then by Western Environmental Law Center, moved to intervene in the case before the OCC to oppose Hilcorp’s plan to double drill. A second hearing on the case was held in November 2018, during which environmental and Indigenous advocates also opposed Hilcorp’s application.

Despite this outcry of public concern, the OCC approved Hilcorp’s application in November 2018. Both San Juan Citizens Alliance and the New Mexico State Land Office petitioned for a re-hearing of the case, arguing that Hilcorp’s proposal warranted a more robust process of public notification. In January 2019, a newly constituted OCC scheduled a rehearing for the case and required that Hilcorp provide due notice of the rehearing to land management agencies and tribal governments.

“We’re pleased the OCC recognized the importance of acknowledging Tribes as essential partners in decisions that impact our communities,” said Mario Atencio, legislative district assistant for Navajo Nation Council Delegate Daniel Tso. “Oil and gas development impacts public health, cultural resources, and water security for Navajo communities. It is imperative that state agencies commit to informing tribal leadership and communities about decisions like this that impact them. Following the State-Tribal Collaboration Act is a good place to start”.

At today’s re-hearing of the case, the OCC approved an agreement  reached by the New Mexico State Land Office, New Mexico Oil Conservation Division, San Juan Citizens Alliance, and Hilcorp. Under the agreement, Hilcorp may not drill new wells that exceed the 80-acre spacing rule that has been in place since 1998, limiting development to four wells every 80 acres. To drill new wells beyond this limit, Hilcorp would have to return to the New Mexico Oil Conservation Division to apply for an exception on a case-by-case basis. Where there are existing wells, the company would be allowed to re-complete those wells to access the Blanco-Mesaverde Gas pool.

“Today’s decision protects the communities, cultures, and landscapes of northwest New Mexico far better than Hilcorp’s original proposal,” said Erik Schlenker-Goodrich, executive director of the Western Environmental Law Center and attorney for the San Juan Citizens Alliance. “But we should be clear that work remains to guard against oil and gas development impacts across the vast, iconic Greater Chaco landscape.”