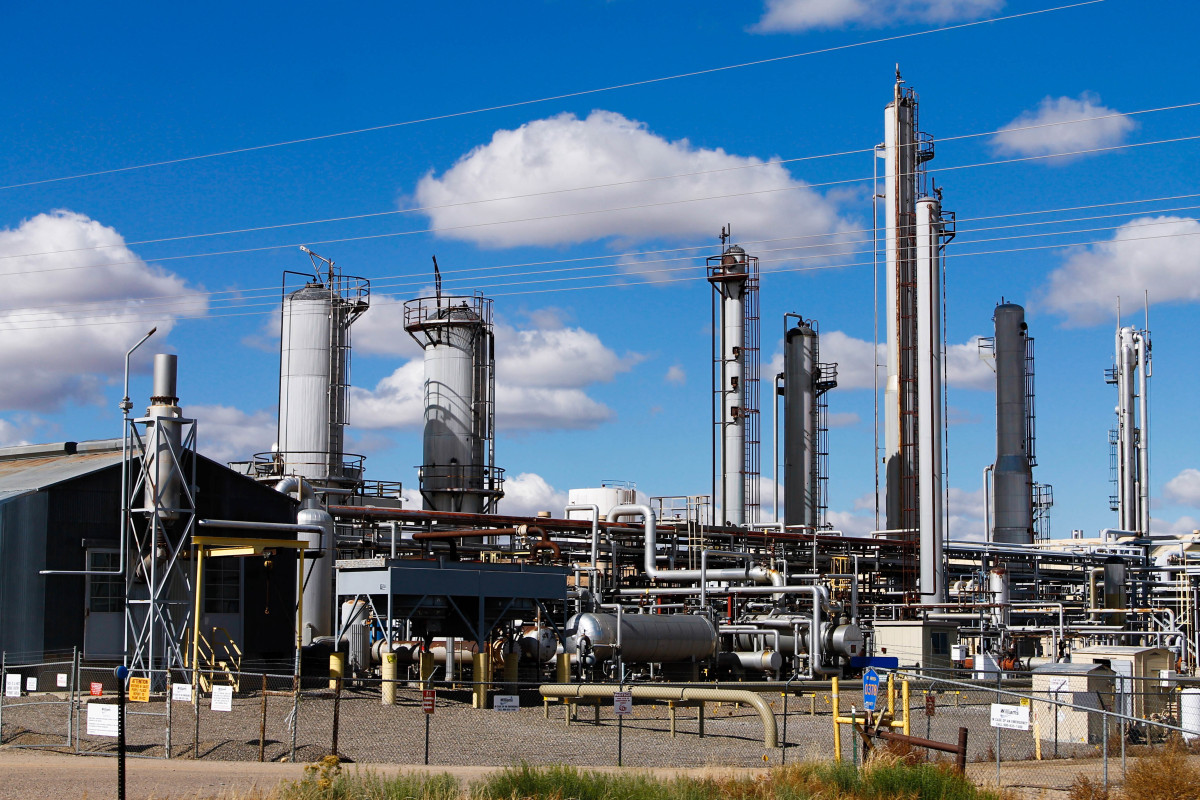 By Emily BowieNovember 15, 2016No Comments

In the Four Corners it will help combat the methane hotspot, ozone problems, and regional haze issues.

After years of advocacy by a broad coalition of partner groups across the West and in Washington, D.C., we are proud to announce that today the Obama Administration released new rules that will reduce the wholesale waste of natural gas by the oil and gas industry–the nation’s largest methane emitter–on our public lands. These rules are long overdue, modernizing outdated and ineffective waste guidance adopted 36 years ago. We applaud the administration for taking this essential step in stopping the wanton waste of America’s natural gas resources. We also thank the New Mexico delegation of Sen. Heinrich, Sen. Udall, Rep. Lujan, Rep. Lujan Grisham, and New Mexico Attorney General Hector Balderas for their strong support for the rule.

Wasting methane makes no sense, yet oil and gas companies routinely and deliberately vent methane into the atmosphere, burn it as a waste product from oil drilling, and allow it to leak from poorly maintained equipment. About $330 million worth of gas is wasted every year, $100 million of that in New Mexico. Over the next decade, wasted gas would rob taxpayers of $800 million in royalties over the next decade, cause unacceptable damage to public health, and exacerbate climate change.

The new rule charges the Interior Department’s Bureau of Land Management to prevent methane waste by requiring oil and gas companies to invest in sensible controls to stop waste in existing operations, and as a condition for new leasing and drilling. Low-cost methane waste technology is readily available and represents a growing industry creating new jobs.

“WELC has led a nearly 100-member coalition of local, regional, and national groups for almost four years to make sure the federal government crafts the strongest possible rule to reduce the oil and gas industry’s wasteful and damaging practices,” said Erik Schlenker-Goodrich, executive director of the Western Environmental Law Center. “We are truly gratified that this effort has paid off with adoption of a rule that will force the oil and gas industry to accept its responsibilities to local communities, to taxpayers, and to our climate. Now we will begin the hard work of defending the rule and making sure the rule is implemented and enforced to fulfill its promise.”

The rule will also protect the health of the families and communities bordered by oil and gas operations. When methane is emitted into the air, dangerous pollutants are released alongside it. These include smog-forming pollutants that cause asthma and other respiratory diseases, and hazardous chemicals like benzene that can cause cancer. Methane waste has also contributed to haphazard development, leaving a patchwork of drilling pads, wells, roads and pipelines that disrupt local communities and scar the landscape.

“The four corners region is home to predominantly disadvantaged Native American communities, which suffer silently because they don’t fully understand the health and climate implications of the dangerous toxins released during the methane emissions process,” said Carol Davis with Diné Citizens Against Ruining Our Environment. “These communities are further disadvantaged because the term ‘methane’ does not exist in their traditional language so discussing it is more complex and often leads to confusion and misunderstanding. However, on a daily basis, our relatives see friends and family contracting respiratory problems, developing cancer, and experiencing headaches as byproducts of the noxious fumes emitted by the fossil fuel development occurring near their communities. We are grateful that the Obama Administration will implement methane emission rules that will protect the natural resources–land, air, water–throughout the public lands that surround these Native communities in the Four Corners and Greater Chaco regions.”

“People of faith in New Mexico are grateful for the new BLM rule that will help protect the health of our communities,” said Joan Brown, osf, executive director of New Mexico Interfaith Power and Light. “It is also heartening to know that methane that has been polluting our children will now be transferred into royalty dollars to assist our schools and help create a healthier future. We are pleased to see a rule that addresses justice and care for God’s creation in our state.”

“The New Mexico chapter of Physicians for Social Responsibility applauds and totally supports the new BLM restrictions on methane waste,” said Dr. Robert Bernstein. “Methane and its associated waste products have been shown to be harmful to people’s health, and restricting waste is a strong step in the right direction.”

“Our members throughout the state applaud the BLM for taking common-sense action to capture a publicly owned natural resource that is currently being wasted,” said Camilla Feibelman, director of the Rio Grande Chapter of the Sierra Club. “With the state’s budget so tight, we can’t stand by while we lose out on millions of dollars in revenue every year because of methane leaks, venting, and flaring on public lands. Safeguards to capture methane are common sense, job intensive, revenue earning, royalty generating and health improving.”

“Sitting, as we do, under the highest concentrations of methane emissions in the nation, residents of the Four Corners are uniquely appreciative of the administration’s efforts to curb excessive methane emissions,” said Dan Olson, executive director of the San Juan Citizens Alliance. “This rule will not only save money and resources, but will protect the climate and the health of local communities.”

“Methane pollution and toxic chemicals from the oil and gas industry can make smog worse, and trigger asthma attacks in our children. This landmark action is critical to protecting New Mexico families from those health issues, while also generating much needed revenues for the state,” said Molly Sanders, Conservation Voters New Mexico Education Fund program director. “We applaud BLM for finalizing this important safeguard that will only serve to help our state, our families, and our climate.”

“We are excited and encouraged by the adoption of this rule by the BLM,” said Glenn Schiffbauer, executive director of the Santa Fe Green Chamber of Commerce. “It prevents the waste of a resource that belongs to all of our citizens, increases revenues to New Mexico and presents the opportunity to grow an industry and create jobs here in our state.”

This rule will also play a major role in the fight against climate change. Methane is responsible for roughly one-fifth of overall climate change and is 87 times more potent than carbon dioxide, representing the second-most damaging greenhouse gas worldwide. Methane waste on public lands equals the climate pollution of 14 coal-fired power plants. Urgent action is needed to keep global temperatures below levels that will trigger catastrophic damage to the planet, and with this rule the country contributes to a worldwide effort to reduce methane pollution.

More information on the rule is available here.

A fact sheet on the rule is available here.